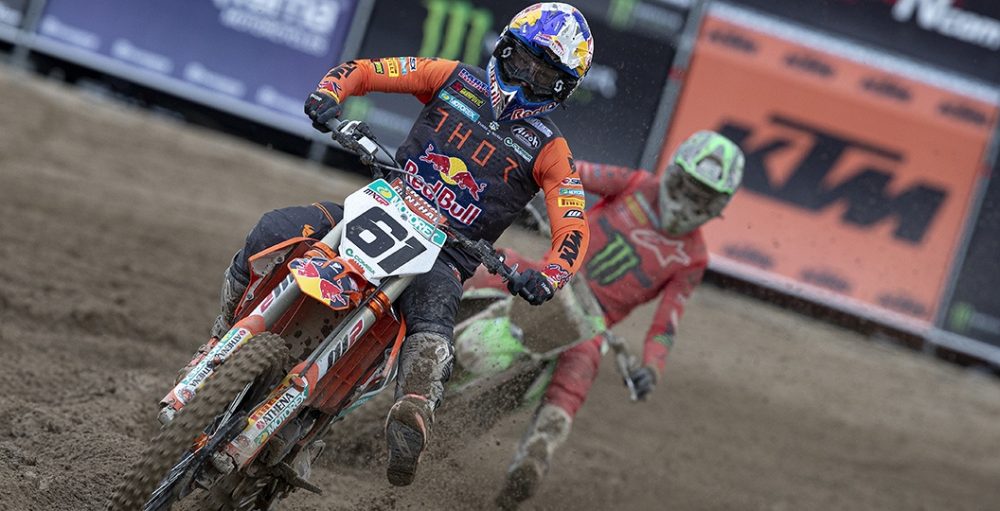 It has been a bizarre night at the Grand Prix of Lombardia, Mantova 1, as results have been changed on more than one occasion and the premier-class podium ceremony has been done for a second time. Why? Romain Febvre, Gautier Paulin and Jorge Prado were each docked two spots for jumping on waved yellow flags in the second moto. Exact changes are detailed below.