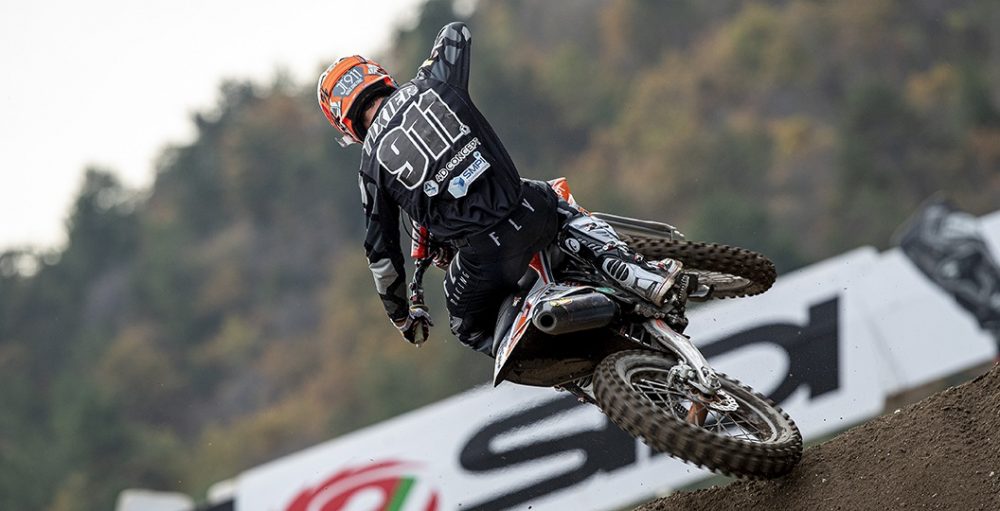 It’s been a chaotic start to the penultimate round of the 2020 FIM Motocross World Championship, the Grand Prix of Pietramurata, as Team HRC and Red Bull KTM Factory Racing prepare to take titles with Tim Gajser and Tom Vialle. The latter is off to a bumpy start though, after being handed a penalty in time practice for stopping on the track. Vialle was not alone, as a handful of other riders were also docked. A full list of penalties can be found below.

Vialle’s penalty is made to seem much worse, because he did not actually do a second fast lap. That meant that his next fastest time (a slow 1:56.727) was twelve seconds slower than second to last. Had he recorded another quick lap, he may not have even lost any positions.