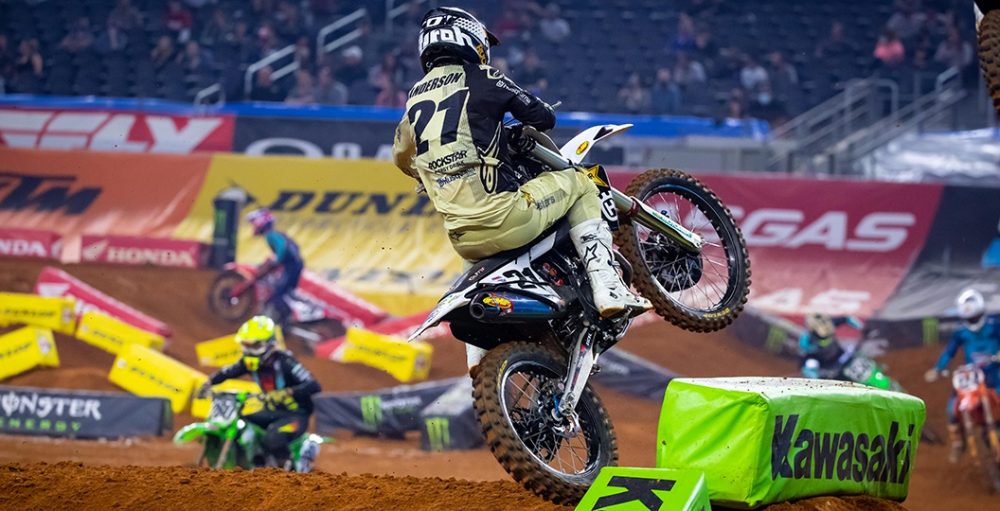 Penalties were delivered thick and fast at the eleventh round of 2021 Monster Energy Supercross, Arlington 2, hence why the final race results may not be what fans expected to see. The biggest penalty was handed to the former 250SX West series leader, Cameron McAdoo, who effectively cut out two straights after crashing in the whoops in the main event. Jason Anderson and Brandon Hartranft were also penalised.