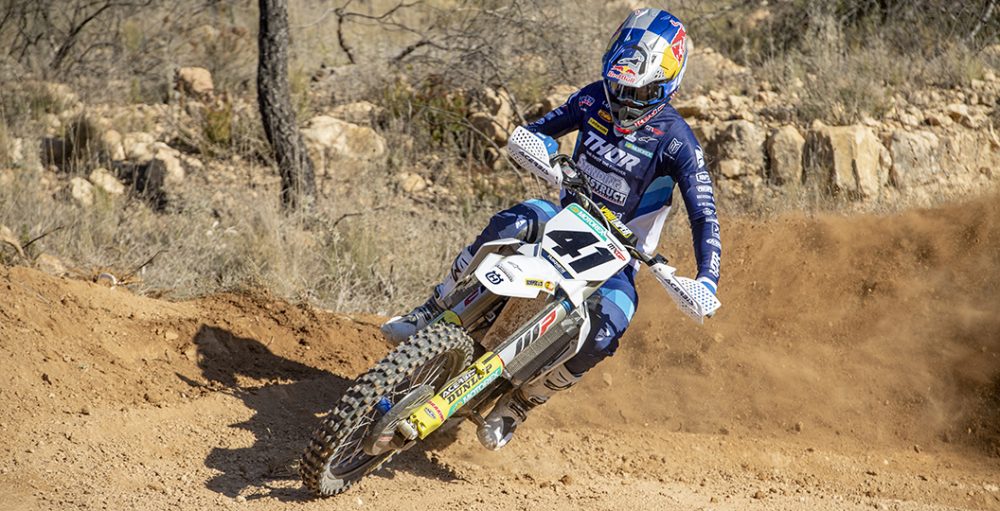 Another one bites the dust. Standing Construct Husqvarna Factory Racing’s Pauls Jonass will miss the opening round of the 2022 FIM Motocross World Championship this weekend, after undergoing surgery in Belgium earlier this week. Jonass has been struggling with tendinitis in his arm throughout the off-season, hence why he did not appear at any of the pre-season internationals, and was hoping to do round one before going beneath the knife. The postponement scuppered that plan.

The good news is that Jonass should get back on a bike in a little under a week, meaning that he should be able to take to the track at the second stop in Italy. The team has said that is their intent and should not be a problem. In the meantime, Standing Construct Husqvarna Factory Racing will travel to the Grand Prix of Great Britain with Brian Bogers. Bogers won the final pre-season international that he competed in, at Hawkstone Park, two weeks ago.

The Standing Construct Husqvarna Factory Racing team will travel to round one of the 2022 FIM Motocross World Championship, the Grand Prix of Great Britain, without Pauls Jonass, who underwent surgery earlier this week after struggling with tendonitis in his arm throughout the winter months.

Jonass had surgery in Herentals, Belgium, on Monday and will aim to return to racing at the second stop of the 2022 FIM Motocross World Championship in Italy on March 06. It was a very successful procedure that requires ten days of recovery – Jonass will then get back onto his FC 450 and start training with the Standing Construct Husqvarna Factory Racing squad.

Brian Bogers will be the only rider beneath the Standing Construct Husqvarna Factory Racing awning at the opening round of the 2022 FIM Motocross World Championship this weekend.

Tim Mathys (Standing Construct Husqvarna Factory Racing Team Manager): “Pauls got tendonitis in his forearm whilst testing in January. We immediately consulted the specialists, who were convinced that rest would solve the problem. The tendonitis got worse, unfortunately, and surgery was needed to heal the arm. We planned the surgery for the Monday after Matterley Basin’s initial date. There was a free weekend between Matterley Basin and Mantova, before the postponement, so the hope was that he would not miss a Grand Prix. The plan was ruined when the opening round was pushed back by a week. Although we are disappointed that Pauls cannot race this weekend, it is a long season and our goals remain the same.”