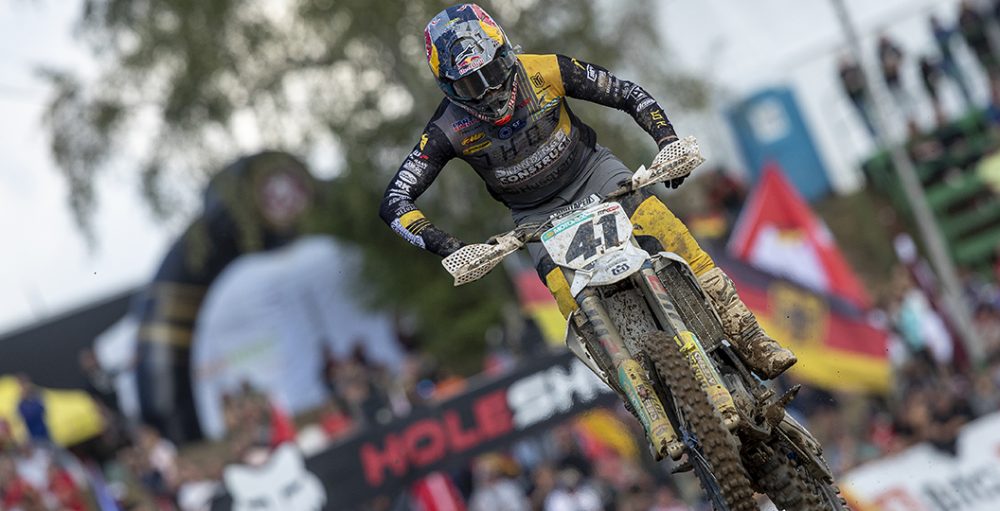 Pauls Jonass has bowed out of the Grand Prix of Flanders, round fourteen of the 2022 FIM Motocross World Championship, following orders from his doctor. The cut in his arm from the Czech event is so deep that there is just no point in risking further damage, especially seeing as he was able to escape without any significant issues. It was quite fortunate that he did not sustain any nerve or muscle damage in the first place.

Standing Construct Husqvarna Factory Racing are present at Lommel with Brian Bogers in action aboard his FC 450. Bogers is tied with Jonass in the premier-class series standings on 287 points apiece at the moment, but that will change soon enough. Although ‘189’ went 11-11 at the Grand Prix of Flanders last year, expectations will be much higher on Sunday. 5-5 scores were secured at the last sandy race in Sardegna, despite a first-turn crash, and he was on pole position at Lommel in the October of 2020.

The Standing Construct team’s last Grand Prix victory came at Kegums in Latvia in the August of 2020, but they were aboard GASGAS machinery at that point. The last time that Husqvarna won the overall at a round of MXGP  was the Grand Prix of The Netherlands in early 2017, almost unbelievably. Perhaps that will change by the time that the chequered flag waves on Sunday, July 24?