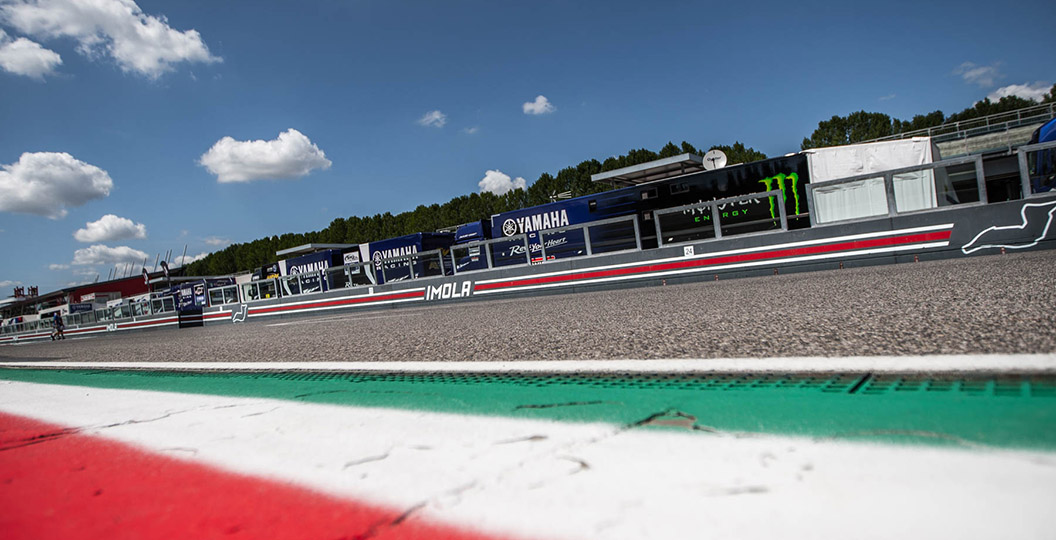 Anthony Rodriguez will make his first appearance on a Hutten Metaal YZ450F at Imola this weekend, having left BOS Factory Racing earlier in the week. The Venezuelan rider has had a busy first week. Since joining his new team last Sunday, having completed two days of testing before competing at the Keiheuvel international in Belgium on Thursday where he claimed eighth overall in MX1.

What high-tech method do the Red Bull KTM mechanics have for logging the work being undertaken on Tom Vialle’s bike in preparation for the next two rounds? Masking tape and a sharpie!

EXBikes are dotted around the paddock here at Imola as Youthstream and the FIM launch the EXBike FIM World Cup this weekend. The one-off event has attracted names such as MotoGP star Marco Melandri and former Grand Prix winner Davide Guarneri to compete in the twenty-five minute (plus one lap) race around the motocross track.

The EXBikes were also subject to scrutiny from technical control.

The interest in EXBikes also extends out into the trade stands with Speedy Mousse having their MTB ranges on show alongside their motocross products.

British rider Tom Grimshaw will act as a fill-in rider on the JK Racing Yamaha team once again, as Jere Haavisto is still sidelined with a torn ACL. The 18-year-old British rider made his Grand Prix debut at Lommel two weeks ago and finished thirty-second overall.

Whilst the EMX250 class isn’t racing here in Italy this weekend it hasn’t stopped F&H Kawasaki from showing off the newly red-plated KX250F of Roan van de Moosdijk.

Mitchell Harrison has a new lid this weekend from Suomy.

His bike meanwhile contains a number of bespoke parts from the Bud Racing shop, including the hose kit and triple clamps.

HRC have been using stands from the American company Power Lift Systems this year. The battery powered lifts were also used by Suzuki World MXGP back in 2017. HRC also include the mechanics on their stands, including Tim’s brother Nejc Gajser.

Jeremy Seewer showed off his new Shoei helmet, which he designed with his girlfriend.

It’s not everyday you see the MXGP truck in such an iconic location!