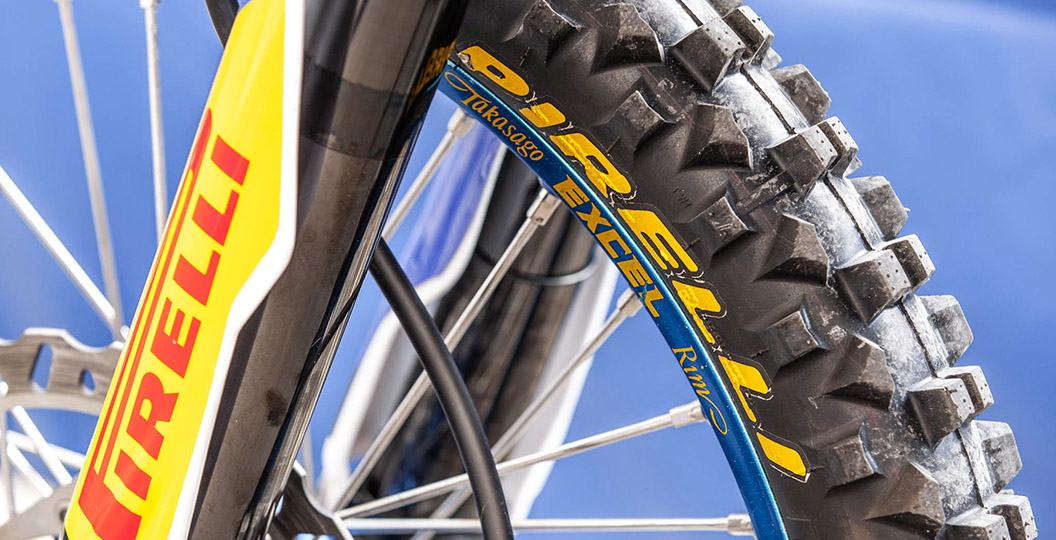 The 2019 FIM Motocross World Championship moves in Czechia for the thirteenth round of eighteen this weekend and there were a few new things on show with guys joining the series and others moving across the pits. There were so many interesting things to see around the paddock today, but if you cannot make it to the event this weekend then this little guide from awning-to-awning should suffice. Hopefully anyway!

Gautier Paulin keeping cool in the 32°C (90°F) temperatures here in Loket.  The weekend forecast promises a few surprises with rain and thunderstorms due to hit the track on Sunday morning.

New technology from GET? Not really! At least Gebben Van Venrooy Kawasaki rider Alessandro Lupino won’t be making any wrong turns this weekend with the addition of a new accessory from TomTom! We tried to find out the back story behind this one but the mechanics were too busy laughing.

Under the Diga Procross Husqvarna awning we noticed Davy Pootjes has a few variations to his teammates given his factory support from Husqvarna. The 21-year-old Dutchman uses the 52mm factory forks from WP suspension whilst his teammates run the production 48mm suspension, notable by their black DLC finish.  Next year it will be more difficult to tell the difference as WP ditch the black DLC finish in favour of the chrome finish on both factory and production spec forks.

Tommy Searle moves to the KRT awning this weekend as he will fill-in for Clement Desalle on the Factory Kawasaki for the remainder of the 2019 season. There are still signs of the MX Panda on the #100 bike however.

The wall of fame on the entrance to the Airoh mobile unit reads like a who’s who of the MXGP title challengers! We make it fourteen world titles on that list!

We noticed a few teams keeping a close eye on stage nineteen of the Tour de France whilst building their bikes for the weekend.

BOS Factory have Anthony Rodriguez as their fill-in rider for the remainder of the the 2019 season, riding the KX450 in the MXGP class.

A few subtle variations to the mapping switch positions on Tim Gajser (top) and Brian Bogers’ (bottom) steeds owing to the fact that Tim chooses to run the Renthal Fatbar.

Pirelli branding being added to the JWR Yamaha of Kevin Strijbos