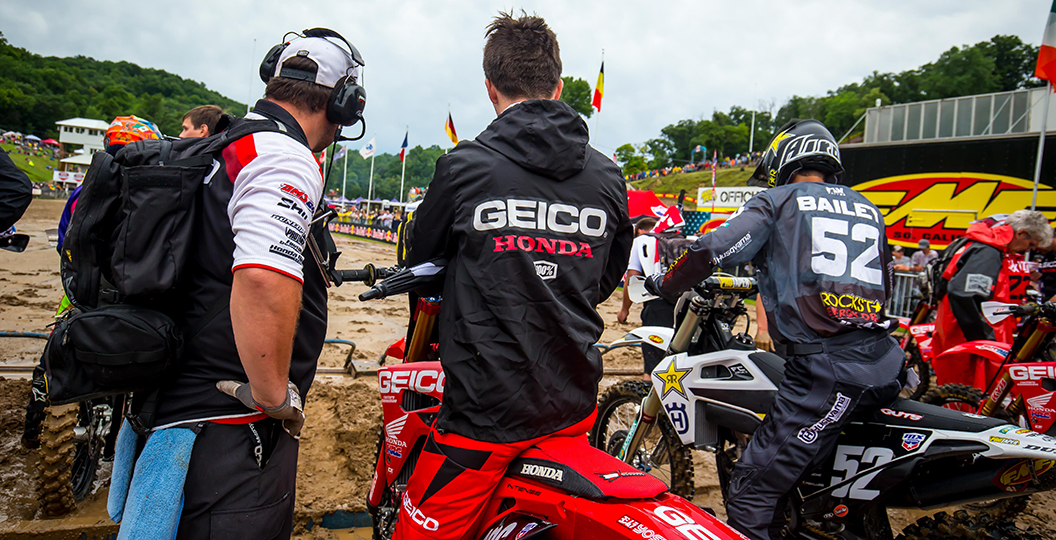 The initial statement that Hunter Lawrence released was very detailed and really painted a picture of what exactly happened when he fell in practice this week. The only thing that was missing was actual information on what injury was sustained. A brief statement on an Instagram story earlier today confirmed that he has injured his collarbone though, so all of the dots have been connected now. A broken collarbone was, of course, the reason why he missed whole 250SX East campaign.

Hunter Lawrence returned to the head of the 250MX field at the most recent round of 2019 Lucas Oil Pro Motocross, Millville, as he claimed a moto win in the mud and secured third overall on the day. Things were trending in the right direction until a practice crash sidelined him earlier this week. Lawrence announced the news on social media.

“Hey guys, so a freak accident happened yesterday whilst I was out training and we had something break in the engine at the top of a jump up-ramp and locked up. By the time I let go of the handlebars I was already lawn darting into the ground. My team pulled apart the engine ASAP and what we found was a freak accident and what part broke we normally run for 100 hours and this part only had 3 hours on it! It wasn’t my team’s fault we are digging to the bottom of it to prevent this happening again.

“Thank you to my team for supporting me in times like this and everyone else who rides this rollercoaster of a sport with me, as of now we are unsure of the time frame I am out for but getting checked up today. Most likely surgery is required, so sorry guys I’m speechless. Good luck to my teammates this weekend. Put those red rockets out front!”

Following that successful outing at Millville, Lawrence jumped up to fourth in the 250MX standings. It is likely that he will fall to seventh after missing Washougal this weekend.