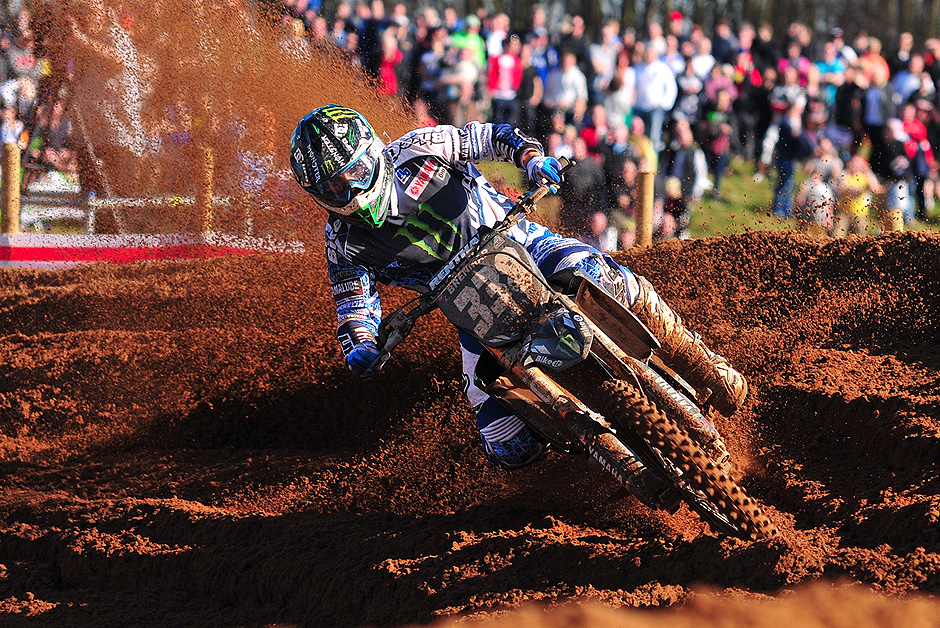 It’s been going round and round the rumour mill for months so it comes as no real surprise to hear that Zach Osborne is going back home to the States for 2013 with a confirmed deal with GEICO Honda.

Osborne, a Virginia native, made a splash in Supercross during the 2012 season when he finished on the podium twice racing while in the first four rounds of the Lites West series. He then left for Europe to race in the FIM Motocross World Championship.

“I get to join the team in October and start preparing for 2013,” Osborne said. “I’m super-excited about it. It’s an awesome opportunity for me to be a part of such a great team like GEICO Honda.

“I got a decent taste of Supercross this year, but it’s good to know I’m going home to race full time and make a real run at a championship.”

Osborne’s speed and maturity on the big stage of Supercross originally got the attention of team manager Mike LaRocco. “This year he really stood out on a couple of those early West Coast rounds,” LaRocco said. “After that, we met with him and he’s a great kid. He’s got some good experience and the maturity is already there. “We’re looking forward to getting this thing started.”

While racing in Europe this season, Osborne suffered a shoulder injury that did limit the number of rounds he raced. However, Osborne said his recovery is on schedule and he should be able to run wide open once he joins the team later this year.

“I think the extra testing time we’ll have is really going to help me a lot,” Osborne said. “My shoulder is nearly back to 100 percent. I go back to the doctor this week and hopefully get released to start riding again. I’ve been trying to stay as fit as I can. I’ve been doing a lot of long road bike trips.

“I’ve got a lot of cool things going on in my life right now, and it all stems from being able to ride my motorcycle. If all goes according to plan, I’ll get back on the bike, finish the last seven Grand Prix events in Europe and then start getting ready for 2013 with my new team.”

We’ve got to say, all of us at MX Vice will miss Osborne racing in the UK. He’s certainly lit up the place and above all of his obvious determination and unique style on a MX bike Zach is a genuine bloke…and we’ve got a lot of time for that here. We wish him the best of luck and will be rooting for him when he returns home.