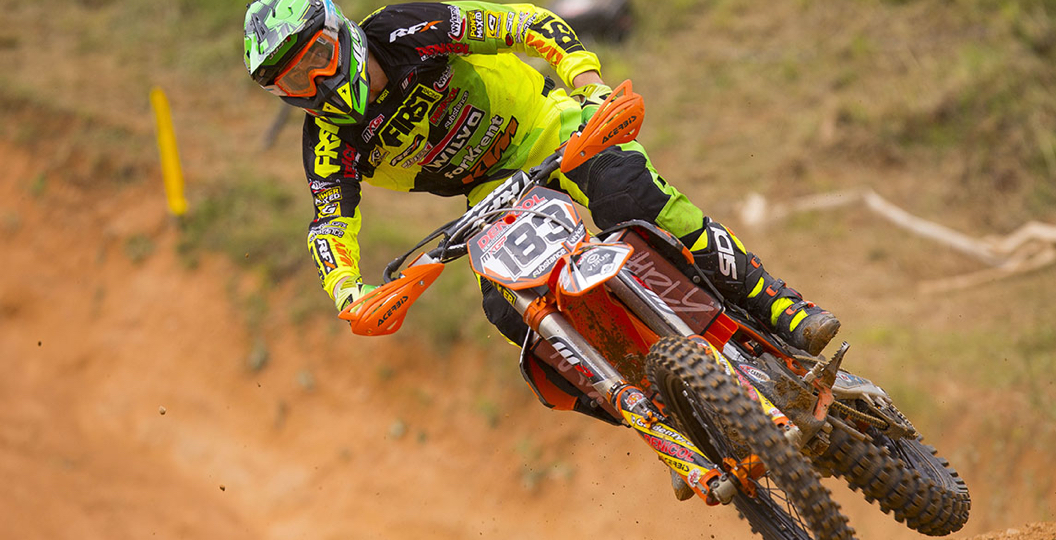 Optimism Turns to Despair for Frossard

Maggiora (Italy), 15 June 2015: The Wilvo Forkrent KTM Team arrived at the iconic Maggiora circuit for round nine of the FIM World Motocross Championship with lone pilot Steven Frossard after Adam Sterry had to withdraw to give his hand more time to recover. Following Frossard’s great performance the previous weekend at Hawkstone Park, there was a heightened degree of optimism in the camp.

After posting eleventh fastest in timed qualifying, Frossard flew out of the gate in the qualifying race to take the holeshot. Nagl and Cairoli then just moved ahead before Cairoli then hit the deck letting Frossard back in to second. Pushing on the back wheel of leader Nagl, the two gradually pulled away from Van Horebeek who had moved up to third.

Frossard continued to push hard and in the end it cost him dear. With only five minutes left on the clock he suffered a big crash that was to end his race and his weekend to boot.

“Steven showed us a glimpse of what he can do”, said Steve Turner, Team Manager. He just pushed a bit too hard towards the end of the race when the smarter option would have been to settle for an easy second place. He crashed big and was pretty banged up. He hurt his back and was advised by the medical officer to sit out racing on Sunday. We will have to see how this week goes before making a decision on Germany.”