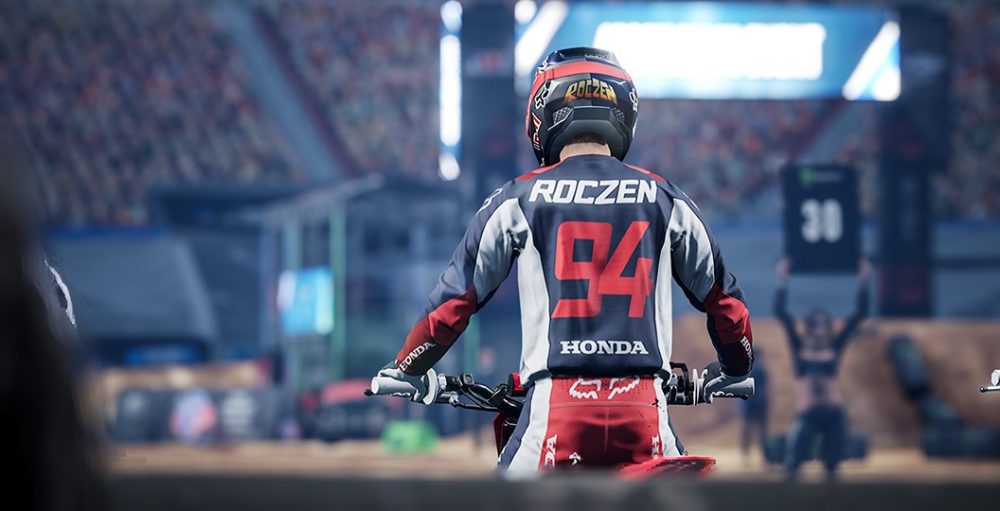 MILAN, Italy (Nov. 24, 2020) – Milestone, one of the leading racing game developers in the world, and Feld Entertainment, Inc, the worldwide leader in producing and presenting live touring family entertainment and motorsports events, are pleased to announce Monster Energy Supercross – The Official Videogame 4. View the official trailer above.

The most beloved and realistic Supercross video game, globally available on March 11 2021 (on PlayStation 5, PlayStation 4, Xbox Series X|S, Xbox One, Windows PC/STEAM and Google Stadia) will feature a faithful representation of the 2020 Monster Energy Supercross season, with all eleven stadiums and seventeen tracks including the seven Salt Lake City variants.

A first for the franchise, a brand-new career mode structure will allow players to start their path from the Supercross Futures and climb the ladders to reach the 250SX and 450SX categories where they will need to challenge the biggest number of pro riders ever in franchise history. In the new career mode, the performance of each rider is affected by his skills that can be upgraded and managed thanks to a new skill tree system. Skill points are gained by racing, joining special events, completing trainings and fulfilling the journal, which is a series of special objectives to show who is the best.

Inspired by the beautiful landscapes of Maine Islands, the new Compound is a place to roam free in solo and co-op game modes or race against friends on the many tracks available. On this gorgeous island, there will be a lot of challenges and collectibles to discover!

Players will be able to customize their riders with tons of content, as always in the franchise, thanks to more than 110 official brands for cosmetic and performance customisations for both rider and bike. Also, the online mode guarantees a lag-free and engaging multiplayer experience thanks to dedicated servers and race director* mode.

*Feature will be available after day one.