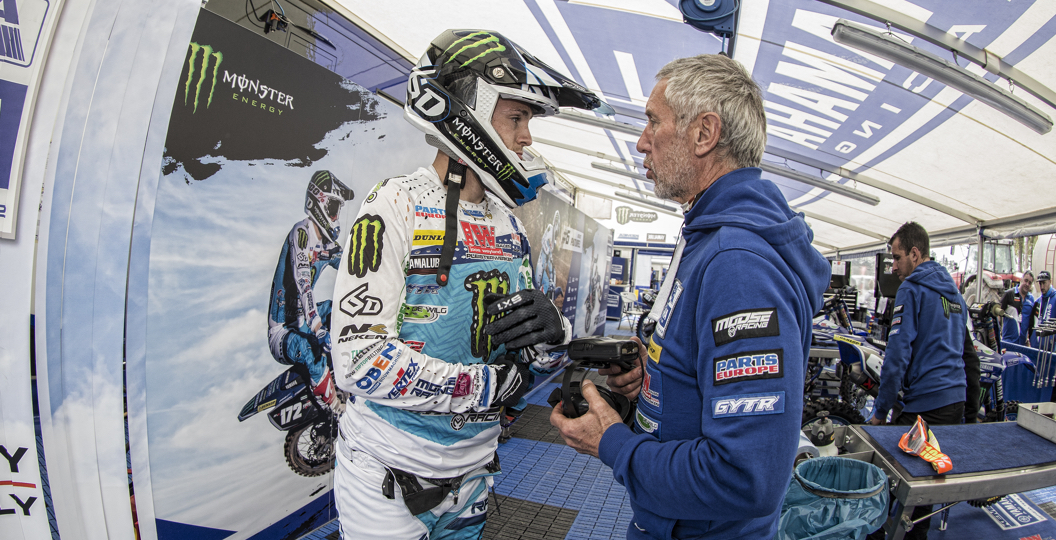 Days away from their first race of the year, the Kemea Yamaha team have released an update on what has transpired through the off-season as well as what they expect from the season that lies ahead. It is set to be an intriguing campaign for the official Yamaha team, as they will field three new riders and attempt to reach new highs. It has not all been plain sailing through the winter months though.

“The preparation did not go so well,” Marnicq Bervoets said in a statement. “Both [Vsevolod] Brylyakov and [Ben] Watson had to interrupt their training camp in Sardinia because of injuries. Brylyakov struggled with back problems and had to rest for ten days. Watson hit his head against the handlebars during practice. Result: A torn lip and a few teeth loose. He has not been allowed to ride for ten days. Luckily, both riders are fit again. I hope that those ten days of lacking training will not have too much influence.

“[Jago] Geerts, who still goes to school, has continued to train in Belgium and makes a solid impression,” Bervoets continued. “Yet, it is difficult to make predictions now. After the three international races we will know more. Kemea has reached the top, which was difficult, but confirming [that] is perhaps even more difficult. Nevertheless that is our goal this year.”

This season could be looked at as the first part of a three-year process for the team, as both Watson and Geerts are on three-year deals. Hans Corver, the team owner, is still expecting some respectable results though. “It’s a big challenge, but we remain ambitious,” he said. “With Vsevolod Brylyakov we aim again at the top three; he comes back from a long shoulder injury, but has a good mentality and the speed. With the help of team trainer Jacky Vimond and team manager Marnicq Bervoets we have to push the Russian to a higher level.

“Ben Watson has to be able to finish in the top eight. For Jago Geerts this will be a year of learning. He is a man for the future. Jago combines his sport with school and will only start to work on a fully professional basis by the end of the season. Even though, I expect him in the top ten occasionally,” he concluded.