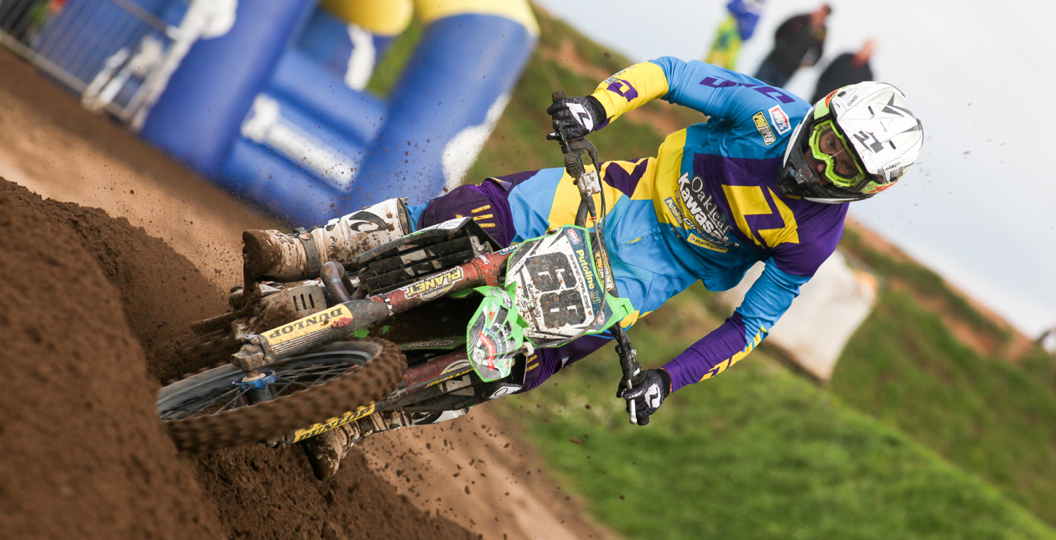 Oakleaf bids farewell to Carless for ’15

As the season draws to a close, the annual game of musical chairs begins. It is with regret that Oakleaf Kawasaki bids goodbye to Shane Carless for 2015. This season has been tough for the Welshman; despite Shane committing to a full-time racing role this year, it has not delivered the results for both rider and team.

Shane has expressed his wish to return to basics and try a different tack for next year, and the team is fully supportive of his request to give him the best possible chance of finding another riding opportunity for the coming season that suits his plans. Shane will finish the season with the two final rounds of the Maxxis British Motocross Championship and the MX Nationals for the team.

Oakleaf Kawasaki would like to thank Shane for his sterling efforts and hard work in 2014, and wishes him the best in the future.

Unfortunately for myself and Oakleaf Kawasaki, this season has not gone the way as planned out! This year has been a massive step in my life such as being a full-time motocross racer, moving from my parents, buying a house and having my first child, which is amazing! With the 2014 season about to start, I couldn’t wait to swing my leg over my bike as being a full-time racer! On Boxing Day, a little dab in a corner cost me a snapped cartilage in my knee; I didn’t get back on my bike until the week before Hawkstone International. I’ve been riding most of the season not 100% fit as I have had two on-going injuries with my knee and my thumb, which has been holding me back. I’ve only had a handful of good races this year, which is frustrating.

I have been beating myself up over it as I know I can be up the front! I can’t thank the Oakleaf team enough, they are like family to me. They are the best bunch of boys out there! 2013, my first year riding for Oakleaf, was my best MX season by far, getting on the podium at the British GP, winning my first ever professional race and making history as the first ever Welshman on the podium in the MX3 World Championship!

I would have loved to have had another year with the Oakleaf boys and give it my all for them. It feels like I really owe them, as myself and Shaun both know I can be up front! Next year I really want to race; I don’t want to give it up as I’m still loving it and feel like I got more in the tank to show. I don’t want to say this but if the right deal doesn’t come along, I will unfortunately be hanging my boots up, as I couldn’t afford it myself and wouldn’t want my parents sponsoring me, as I feel I got the talent for a team!

In 2013 we had such a great year together with the podiums and MX3 World Championship result at the British GP; having a full time deal we both thought that 2014 would be impressive, but as we all know it’s been a struggle. I have loved working with Shane, but as I’ve always told him every race is so important, he’s a racer and a rider who would thrive on a borrowed bike and kit and be an underdog. I think all the presence of the position he had was too much, especially with some of the injuries that put him under more pressure. I wish him the best of luck for next season and have no doubt he will redeem himself and come back fighting. This year’s just one of those years. We stuck by him, but for 2015 we will part ways on good terms.