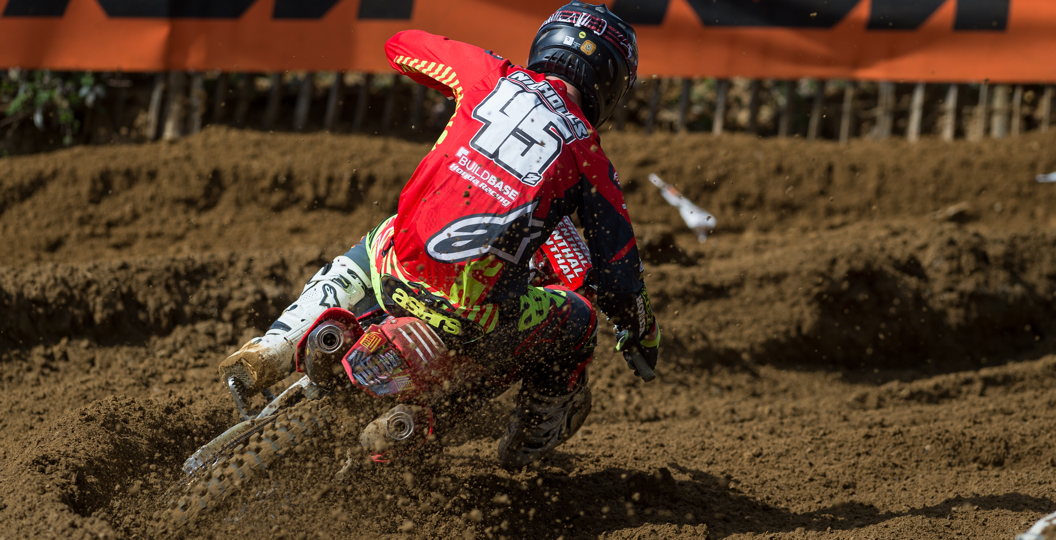 Jake Nicholls, who currently leads the premier class in the Maxxis British Championship, has released a statement that confirms that he has not been picked to represent Great Britain at the Motocross of Nations in October. The three British riders have not been confirmed currently. However, after speaking to the ACU, it sounds as though an announcement will filter through tomorrow. Keep refreshing MX Vice all day!

“I’m disappointed not to get the chance to represent GB in this year’s Motocross of Nations,” Nicholls wrote on social media. “I’ve had a really strong year in the UK and feel like I’ve earn’t my spot on the team through consistency and some good speed as well as having the experience of Red Bud earlier this year. That being said I totally respect Mark’s decisions, I wouldn’t want to be in his shoes it’s a tough one to call and the team is extremely solid nonetheless. I wish them all the luck in the event and really hope they can get the flag up above that podium again.“