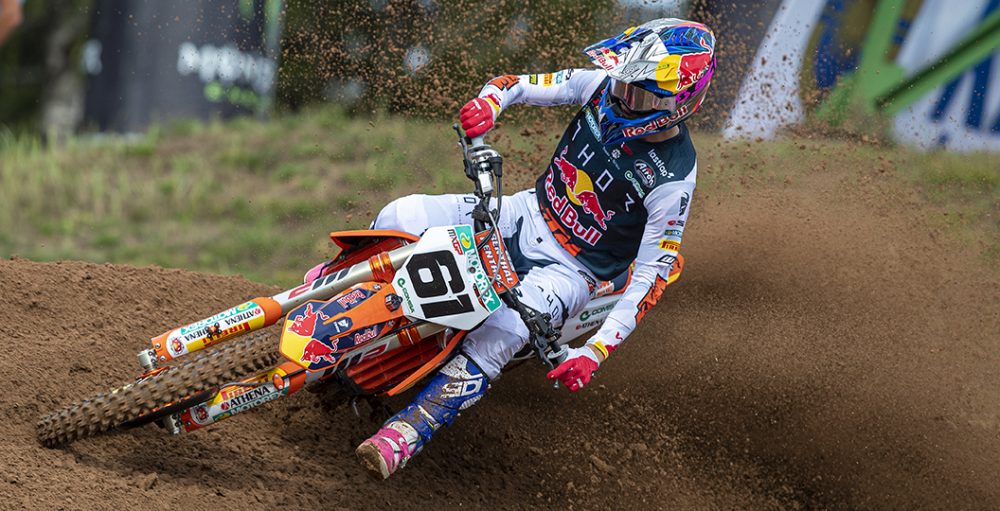 No Jorge Prado at 2021 MXoN! Team Spain will enter the 2021 Motocross of Nations much weaker than in recent seasons, as both Prado and Ruben Fernandez have opted out of the event. The RFME named the three-rider squad for Mantova, in Italy, on September 25/26; Jose Butron (MXGP), Yago Martinez (MX2) and Ander Valentin (Open) will ride for Team Spain.

Butron’s known to those who follow the Grand Prix series, but he is far from the rider he once was. Butron competes in select FIM Motocross World Championship rounds now – the national championships in Spain and Czech Republic are his priority. When Butron last raced a Grand Prix in late July, he went 19-22 in the two motos.

Yago Martinez is making waves in EMX250, as he’s on the verge of a podium finish, but he is still early on in his career. Ander Valentin has been a Grand Prix regular for a while, but struggles to secure consistent points. His most recent success came at the final stop of the 2020 FIM Motocross World Championship, where he finished sixteenth in a moto.

Having no Jorge Prado at the 2021 MXoN does not come as much of a shock. When speaking to MX Vice at the most recent Grand Prix in Latvia, he remained noncommittal and was weighing up the pros and cons. It was made quite clear where his priorities lie though. Third is the position that he currently occupies in the MXGP standings.

“We will come back stronger for Turkey. Our main goal is the world championship. We will decide if it is a good decision to race the ‘Nations or not later.”

Team Spain finished ninth in the 2019 Motocross of Nations; Jorge Prado, Iker Larranaga and Carlos Campano represented them that year.