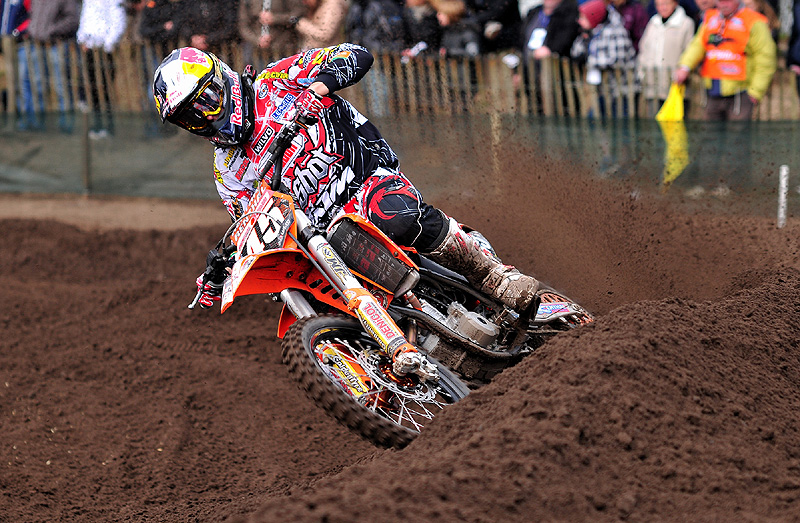 Following on from his strong ride at the Swedish GP, where he claimed fourth overall, Jake Nicholls has announced he’s staying with the Nestaan/ JM KTM team for 2013. Next year will be Jake’s final year in the MX2 class because of the age ruling and the 22 year old Brit is keen to make sure it’s a good one. He’s obviously happy with life on Jacky Martens team, after all it’s as close to a full factory team you can get without it actually being one and it shows in his ever constant improvement. Jake is getting ever closer to that first GP podium and continuity will definitely help going forward.

He’s already tested the 2013 KTM 250SX-F and loves it, which only rubber stamped his decision. If he keeps going like he is he also stands a great chance of being on the British Motocross des Nations team again for this year. He missed out in 2011 but represented his country with great aplomb when the event went to Thunder Valley in the USA in 2010.

We say good luck Jake and we really hope it all goes to plan!