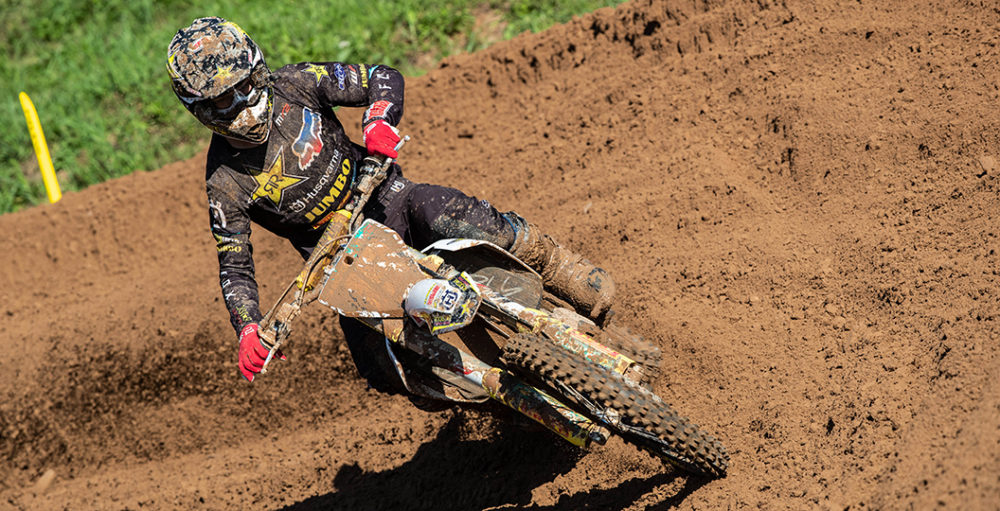 Thomas Olsen has an impressive track record at the Grand Prix of Latvia, as he is a two-time winner at the event (2017 and 2018). Olsen was not quite able to maintain that level at the latest edition of the race, however, as a practice crash earlier this week left him in a considerable amount of discomfort. This is obviously a bad time to hit an issue like that, as the Grand Prix series will pick back up in just two days.

“It’s great to be back racing again, although I didn’t know if I’d be able to race. Last Wednesday I had a big crash, fracturing my shoulder blade and my neck and shoulder are really sore. I had it taped up for riding today and qualifying was a struggle, but I lined up for race one just to see what I could do. I got a pretty decent start and then the adrenaline took over. I was sixth for a long time but towards the end of the race I was in a lot of pain and the track had lots of square bumps, so it was tough. I actually had a better second race. Not such a great start but I was able to keep moving forwards and finished ninth. So, some decent points. I’m going to rest now ahead of Wednesday and look to improve my results.“

An eleventh and a ninth put Olsen eighth overall at the Grand Prix of Latvia, and helped him jump up to sixth in the championship standings. Olsen is 61 points down on the current series leader, Tom Vialle, in what is his final year as an MX2 rider.