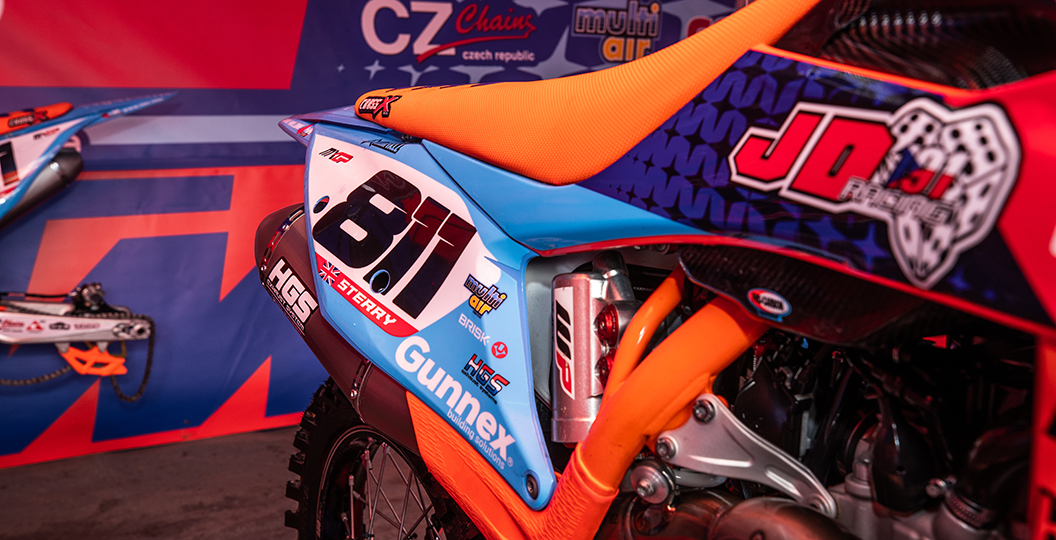 In a shock turn of events, Adam Sterry and the JD Gunnex KTM team have parted ways ahead of the restart of the 2020 FIM Motocross World Championship. The news was announced via the press release below, which contains a lot of broken English.

The time of the season when new contracts will be signed is here. Everything is going to be prepared for the new season. JD Gunnex KTM Racing Team agreed with Adam Sterry to call off the contract, due to factors such as the cancellation of the ADAC MX Masters series (good amount for riders) and complications about the restart of MXGP (14 days of quarantine before the Latvia races, because Czech Republic is still COVID-19 active for Latvian government). Both sides think the cancellation is the best. Adam could find a new team for the 2021 season much easier. JD Gunnex KTM Racing Team wants to focus mainly on MX2 class, but Jose Butron will still be part of the team.

Jiri Jankovsky (Team Manager): “I would like to thanks Adam for his professional attitude. We spent some time together and I think he is a true professional. I would like to wish him great results in the future. In my opinion, he will be a very good 450F rider. He has all assumptions for it. I would like to also say thanks to his family, Mum and Dad, for their huge support and especially to his trainer Ash.

Adam Sterry: “I would like to thank JD Gunnex KTM Racing Team and Jiri for the opportunity. Obviously this year has been tough for everyone and I’m now looking forward to getting back to racing. I wish the team all best for the rest of the year and the future.”