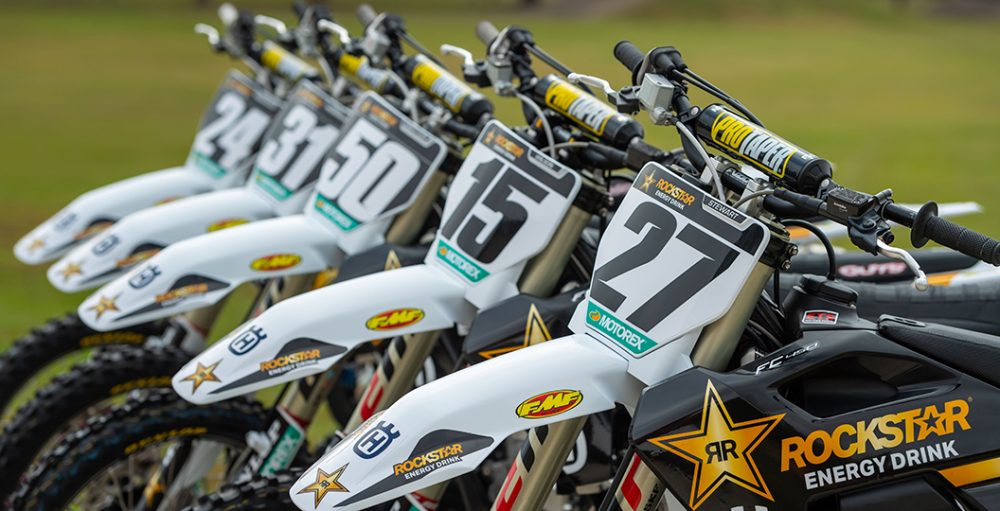 Days away from the start of 2022 Monster Energy Supercross, Husqvarna Motorcycles has announced that Stephen Westfall will step down as the team manager of Rockstar Energy Husqvarna Factory Racing. Westfall has been an integral part of the squad for more than a decade, dating back to the team’s Suzuki days, and was promoted to team manager at the end of 2020 Monster Energy Supercross, following the untimely departure of Bobby Hewitt.

Westfall will remain with the team through the west-coast swing of the upcoming campaign, in order to help the squad transition to a new manager who has not yet been named. Husqvarna Motorcycles will announce plans for the future in the coming weeks. For now, the official announcement about Westfall’s departure can be read in full below. Malcolm Stewart, Dean Wilson, Jalek Swoll, RJ Hampshire and Stilez Robertson will represent the squad in 2022 Monster Energy Supercross.

MURRIETA, Calif. – Ahead of the upcoming 2022 AMA Supercross Championship, Husqvarna Motorcycles North America, Inc. and Stephen Westfall have announced that he will step down from the position of manager of the Rockstar Energy Husqvarna Factory Racing Team. After a successful relationship with the team, Westfall has made the decision to step away and focus on time with his family.

Westfall, also known as “Scuba” in the pits, began his tenure in 2008 as a highly-respected technician working with many of the sport’s top riders. In 2014, Westfall was promoted to crew chief for the Rockstar Energy Husqvarna Factory Racing Team, where he served as an integral part of the team’s championship-winning success, including three 250F titles with Zach Osborne and capturing the brand’s first-ever 450SX championship with Jason Anderson. Westfall became the U.S. SX/MX team manager in 2020, leading the squad to a very successful season despite a challenging year amidst an unprecedented global pandemic, which culminated with a first-time 450MX Championship from Osborne.

“This is probably the hardest decision I’ve ever had to make but ultimately I have decided to step down as team manager and head back to the east coast to spend more time with my family,” Westfall said. “I want to thank Husqvarna Motorcycles for giving me the opportunity to work here over the past eight years and wishing my Rockstar Energy Husqvarna Factory Racing Team all the best in the upcoming season – I will be rooting for them every weekend!”

Westfall will remain on-board through the west coast rounds of the 2022 AMA Supercross Championship in order to help the team transition to a new manager, which will be announced at a later date. The opening round will take place next Saturday, January 8 in Anaheim, California.