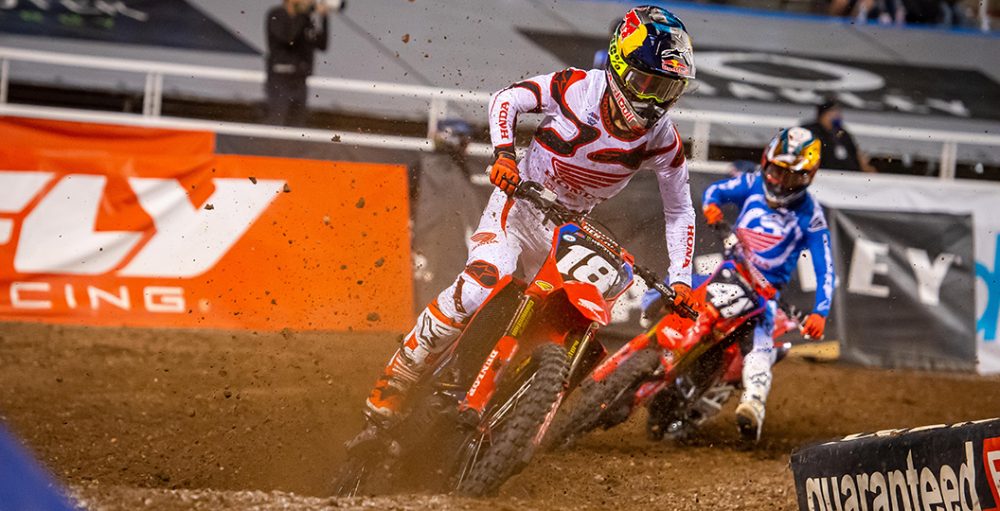 The 2021 Lucas Oil Pro Motocross calendar has been updated, as the Southwick National has changed dates. Official communication from MX Sports Pro Racing is below.

MORGANTOWN, W.Va. (May 21, 2021) – Following the newly announced lift in various COVID-19 restrictions in the Commonwealth of Massachusetts, MX Sports Pro Racing has announced an updated event date for the Southwick National. The annual visit to New England was originally scheduled for June 26, but will now commence on July 10 as the fifth round of the 2021 Lucas Oil Pro Motocross Championship, sanctioned by AMA Pro Racing.

The decision to move Southwick to a later date is in an effort to better accommodate event organizers at The Wick 338. Due to previous concerns in the ongoing communication with state and local health officials in Hampden County to host large public gatherings, preparations for this year’s event were briefly halted. However, following the latest announcement from Massachusetts Governor Charlie Baker to lift the state’s remaining restrictions, the staff at The Wick 338 has resumed its efforts to welcome the anticipated return of American motocross, following the event’s cancellation last season.

“We want to commend Rick Johnson, Keith Johnson, and the team at The Wick 338 for their resiliency over the past year,” said Roy Janson, Managing Director at MX Sports Pro Racing. “They have faced quite a difficult task navigating the state’s mitigation strategies, but have remained steadfast in doing everything possible to successfully host the Southwick National for the 2021 season. Fortunately, their patience has allowed them to reach this celebratory juncture in which fans will be openly welcomed to watch the world’s fastest racers tackle the hallowed sands of Southwick, albeit at a slightly later date than originally planned.”

The 2021 Lucas Oil Pro Motocross Championship will begin on Saturday, May 29, with the Fox Raceway I National in Southern California. With its new date on the calendar, the Southwick National will move from round four of the season to round five, following the RedBud National over the Independence Day holiday.

Ticket availability for the Southwick National will be announced in the near future.