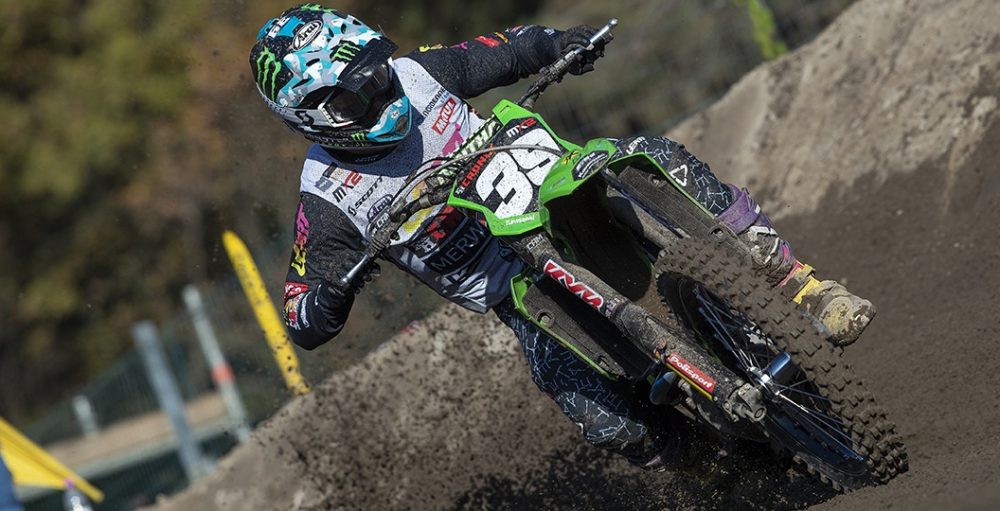 Roan van de Moosdijk was one of the many riders who got caught out by the deceiving surface at Pietramurata, Italy, today, as he fell down one of the hills in the second moto and did not return to the circuit. It turns out that he actually wanted to hop back on his bike though, but the medics would not allow him as a precautionary measure. The good news is that no injuries were sustained and, despite the hard hit, he will be back on the starting line on Sunday.

“I was so close to the pole again but my start was not so good in the first race and I crashed in the second corner, because some guy braked right in front of me and I saw it too late to miss him. It’s so difficult to pass here but I passed twenty guys to finish ninth; the result was not so good but the race speed was there and I was looking forward to the second moto. My jump was better this time but they pushed me to the outside at the first turn so I had to close the gas. I again made quick passes from around fifteenth until I was sixth behind Renaux; I was faster and tried everything to pass but I couldn’t find a turn to do it. On a downhill there was normally a big kicker that you jump over but I couldn’t jump one lap; the suspension compressed, I was on the front wheel for a few metres and I hit the left side of my arm. I felt ok to continue straight away but the medical staff wanted to be sure and wouldn’t let me carry on for ten minutes so my race was over. Nothing is broken but I have a little pain in my thumb and shoulder; I guess tomorrow will feel a little stiff but I’ll be ok for Sunday.”

Roan van de Moosdijk does not actually need to race at the final round of the 2020 FIM Motocross World Championship, as he has secured seventh in the MX2 championship standings. It is impossible for him to move forward nor can he lose any spots, so that will be his final ranking.