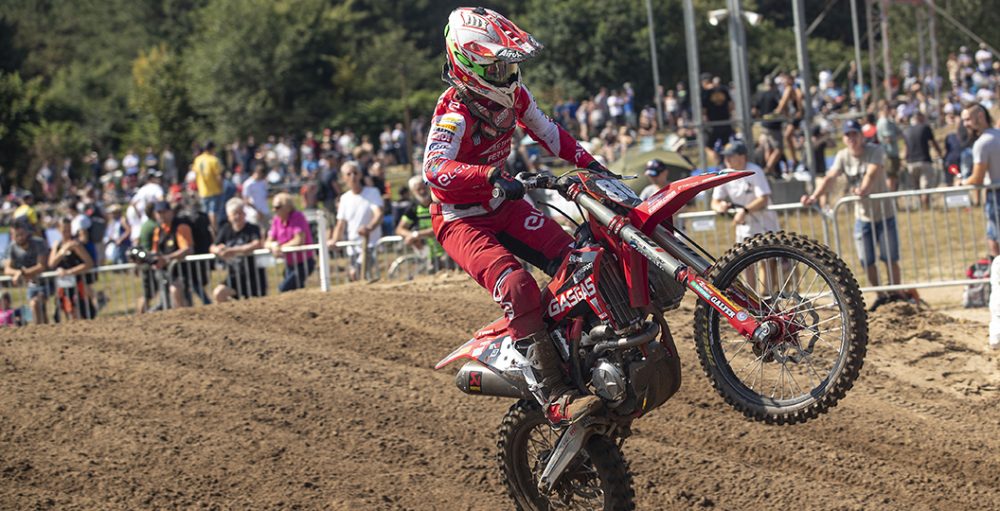 Adamo, a former European Champion, is currently in his second season at Grand Prix level and the MX2 class. He ended his debut term in 2021 with 14th place and has quickly accelerated his development to capture a maiden podium result this year at Mantova for the Grand Prix of Lombardia. The 18-year-old has been on the KTM radar for some time and his work ethic, attitude and clear progression has helped Red Bull KTM Factory Racing management take the decision to put him on the KTM 250 SX-F for 2023.

Everts, soon to be 18, is also discovering the full demands of Grand Prix level but has the fortune to be guided by two generations of former world champions in his family. Everts made his mark in EMX125 and EMX250 European Championship competition before stepping full-time in MX2 in 2022 with the DIGA Pro Motocross KTM set-up; the fourth campaign of a five-year KTM plan. He has impressed with top ten results and honed the speed to enter the top five on several occasions.
Adamo and Everts will collaborate closely with the rest of the works crew and will hopefully follow the same excellent career trajectory enjoyed by the likes of Jeffrey Herlings, Jordi Tixier, Pauls Jonass, Jorge Prado and Tom Vialle by filtering into the MX2 line-up. Andrea and Liam will have Herlings as an MXGP teammate in 2023. Adamo follows other successful Italians in Red Bull KTM colors such as Thomas Traversini, David Philippaerts, Tony Cairoli and Mattia Guadagnini while Everts will be the first Belgian in the factory squad since Ken De Dycker almost ten years ago.
Andrea Adamo: “This is really cool news and like a dream come true for me. It’s one of the best race teams in the world so I’m excited and proud to have this opportunity. It makes me already excited for 2023. Tony Cairoli is obviously a big influence and it’s great that I’m able to give Italy another factory rider in Grand Prix. I want to thank the whole Red Bull KTM Factory Racing family for this chance.”
Liam Everts: “Next year will be a new challenge and a big one! It’s a dream of mine that is now coming true and such a cool opportunity with be part of Red Bull KTM. We’ll work hard together and push for the ultimate result. I’m already looking forward to it.”
Robert Jonas, Head of Motorsports Off-Road: “Andrea was making good results throughout last season and with a clear sign of improvement almost race after race. Over the winter he has made another good step and finally finished 2nd at the GP in Mantova. He is only 18 years old but knows exactly what he wants and once he is set for a target he won’t back off until he’s reached his target. We can say very much the same about Liam, who has been part of the KTM racing strategy for a few years now and has shown us that he is able to rise up the ladder and meet each new step with maturity and no shortage of that Everts talent. We feel both riders make a good combination for the future and an important new episode in our KTM MX2 program. We strongly believe that with KTM’s backing, Joel on their side and Jeffrey Herlings as their teammate, Andrea and Liam will be able to fight for the MX2 crown within one or two years.”
Share
How To Watch: Washougal Previous post
MXoN News: Team Belgium Next post 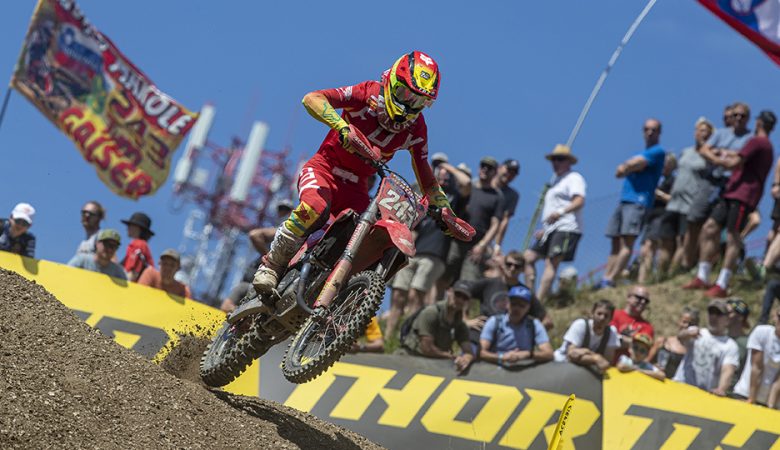