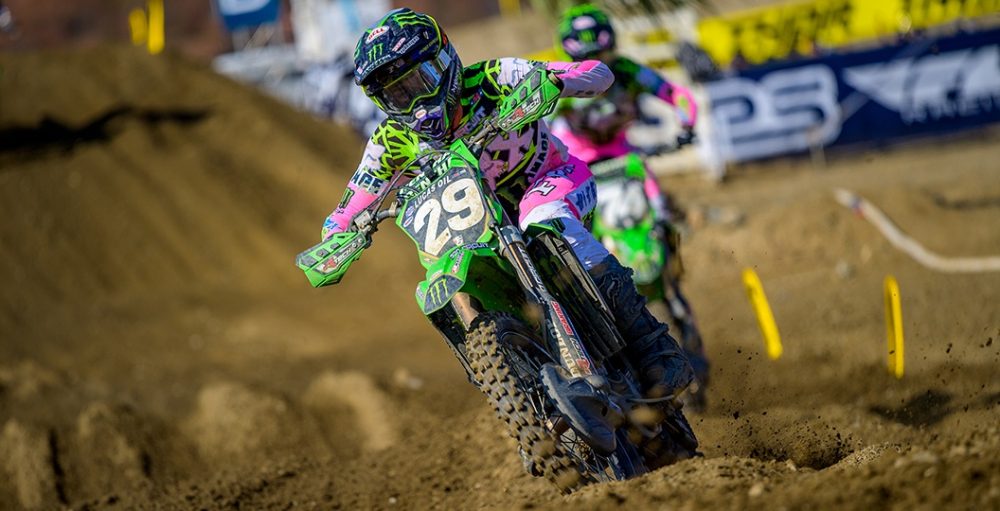 Returning to the Monster Energy/Pro Circuit/Kawasaki race team for 2021 aboard their all-new 2021 KX250 motorcycles is long-time Team Green racer Austin Forkner along with Jordon Smith and Cameron McAdoo. The trio welcomes, Seth Hammaker, as he graduates from the Monster Energy Kawasaki Team Green amateur race program.

“We have a great team returning for the 2021 season combined with an all-new KX250 motorcycle,” said Mitch Payton, Pro Circuit owner. “We are looking forward to continuing to work with our solid group of guys and Hammaker joining the crew. There is a lot of talent between our four riders, and we will provide all the necessary tools to help each of them reach their full potential. The Monster Energy/Pro Circuit/Kawasaki team has high expectations to put Kawasaki and Pro Circuit on top of the podium.”

Forkner will enter the new season as the most experienced rider on the team. The 12-time 250 class race winner has high hopes of capturing multiple championships after his successful 2019 and 2020 seasons were cut short due to injury. 2020 brought the fresh face of Smith who earned three top-5 finishes out of the four rounds he competed in before withdrawing early due to injury. McAdoo returned in 2020 to the brand that he found great success with throughout his amateur career, achieving career-bests in both supercross and motocross series, and looks to keep that momentum going into next season. Making his professional debut, Hammaker is set to join the team for both series at the beginning of the 2021 season.