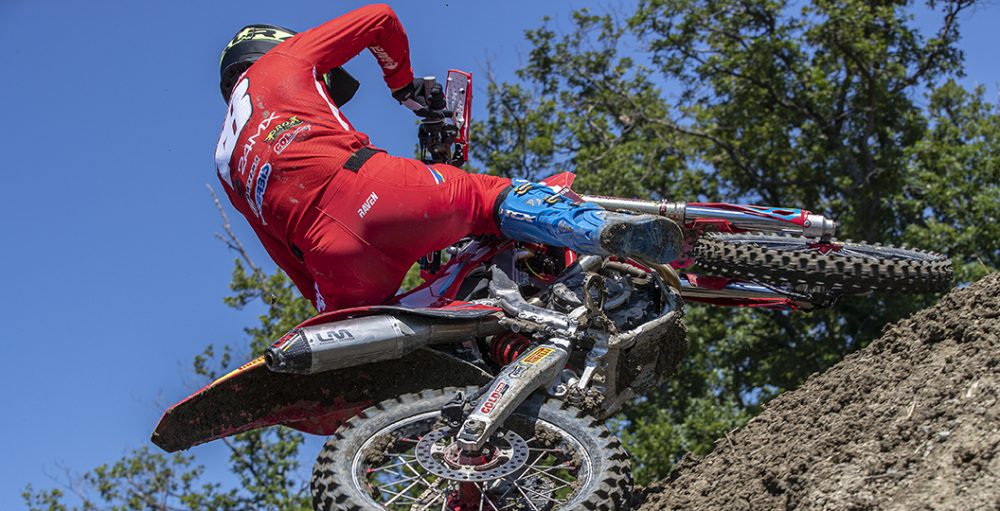 A premier class team will be missing from the Grand Prix paddock at round two of the 2021 FIM Motocross World Championship – JWR Honda Racing will have no riders in attendance. Miro Sihvonen is still struggling with the shoulder that he dislocated in Russia and Vsevolod Brylyakov is sidelined due to “personal reasons” that have not been revealed by the team. It is almost certain that visa issues are the problem, however, as he missed the Grand Prix of Great Britain for that reason in 2019. The team released the following statement.

“Unfortunately we won’t be attending MXGP Matterley Basin due to Miro [Sihvonen] still recovering from his fall in Russia and Seva [Brylyakov] not being able to attend due to personal reasons. We will be back strong in Italy for Maggiora. We are going to keep you updated on the situation.”

Sihvonen was the rider who was receiving medical attention on the side of the finish jump in the second moto at the Grand Prix of Russia – his shoulder popped out and did not go back in for a while. Surgery is not required, fortunately, but he was advised to rest in the week following the event. It was always going to be touch and go for the Grand Prix of Great Britain, as the best-case scenario was that he was going to be able to try to ride. It has not yet been confirmed whether he will be able to race at round three next weekend.