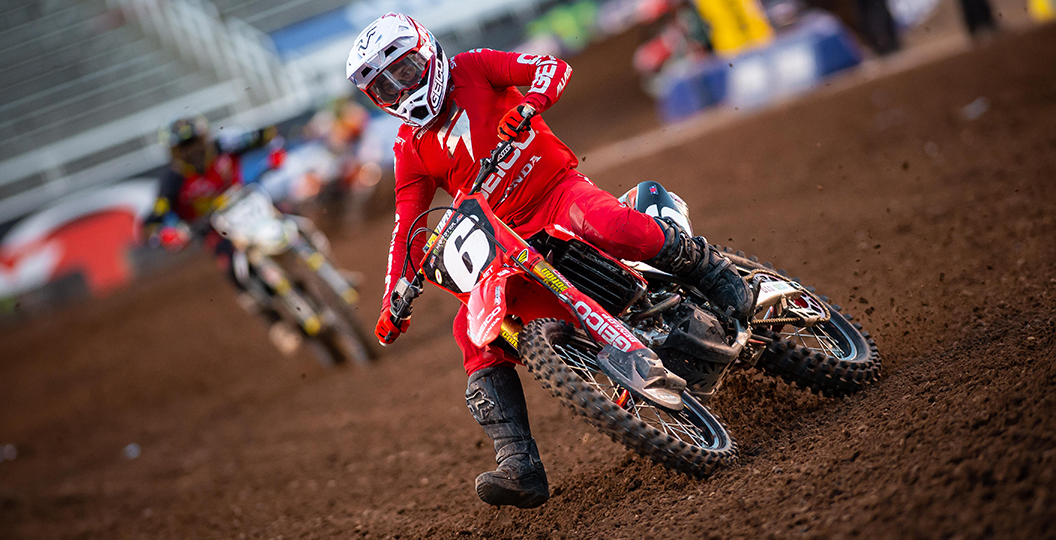 It’d been rumoured for a while, but GEICO Honda’s Jeremy Martin has now officially withdrawn from the 2020 Monster Energy Supercross series. The reason for the change of plans is really quite simple: Had he continued to race he would have pointed out of the 250SX division and been forced to step into the 450SX class in 2021. The news was announced via the following post on his social-media channels.

“Unfortunately, my season has come to an end for supercross in 2020. I’ve given it a lot of thought about how to publicly announce not racing the last three races of SX this year. Instead of covering it up with an injury, the team and I decided to be completely honest about my current situation. I’ve reached the eligibility limit for points in the 250SX class, and any additional points would force me into the 450SX class for 2021. There isn’t any opportunities nor openings for me in 2021 for the 450 class.

“GEICO Honda doesn’t campaign the 450SX class. I haven’t won a race yet this year and feel that before making the step to the premier class I need an additional year to improve my performance and health in the quest to earn a factory 450 ride for 2022. I’m 27 years old and I’d love to be in the 450SX class racing but sometimes you have to take the longer path, which right now is licking my wounds and keep rebuilding myself in supercross so I can win races and championships for GEICO Honda next year!”

Martin sits fourth in the 250SX East standings, and has actually been a picture of consistency at five of the six rounds. Martin has stood on the podium in third at three rounds and fourth at two rounds, but crashed out of round three in Atlanta. There is now an opportunity for his rookie teammate, Jo Shimoda, to finish fourth in the points, despite the fact that he has only appeared in the top five once.