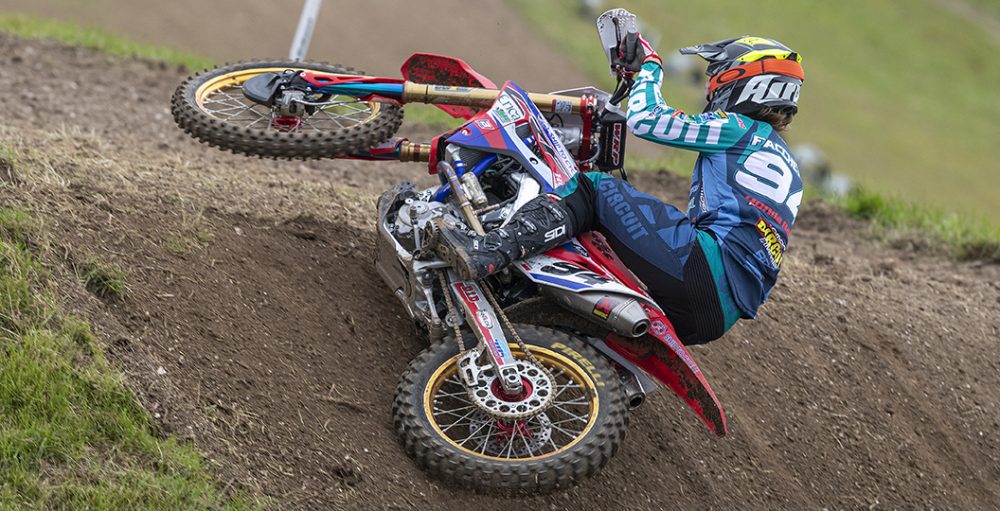 It did not take long for Gianluca Facchetti to land on his feet – he has signed a deal with Beddini Racing KTM (a smaller Italian outfit) to contest the remaining rounds of the 2021 FIM Motocross World Championship. Facchetti is down to race at this weekend’s Grand Prix of Turkey, in what will be his KTM debut, so it will be most intriguing to see if this transforms his results.

“The news is out! @GianlucaFacchetti22 is our new rider in the MX2 class. Welcome back to the family. We are behind the gate already in Turkey! Thanks to all the sponsor who support us.”

Surprising news from Honda Racing Assomotor, as Gianluca Facchetti’s contract has been terminated ahead of the Grand Prix of Turkey this coming weekend. The team manager, Alfredo Bevilacqua, explains that Facchetti’s deal was terminated due to him riding another team’s bike. Official communication from the team is available via the link below.

Honda Racing Assomotor Team, in the figure of its manager Alfredo Bevilacqua, announces, albeit reluctantly, that from September 01 2021 the rider Gianluca Facchetti will no longer be part of the team.

The decision to release the rider before the natural expiration of the contract lies primarily in the explicit will of Mr. Facchetti, and it was made all the more necessary following the serious violation of the exclusive agreement, which provided for the prohibition to use the bikes of other teams; violation that has led to the early termination of the relationship.

The team will insert in the MX2 team, for the GP of Turkey and Riola Sardo, the rider Emil Weckman, who will join Stephen Rubini while waiting to define the new structure of the team and finish the 2021 season in the best way.