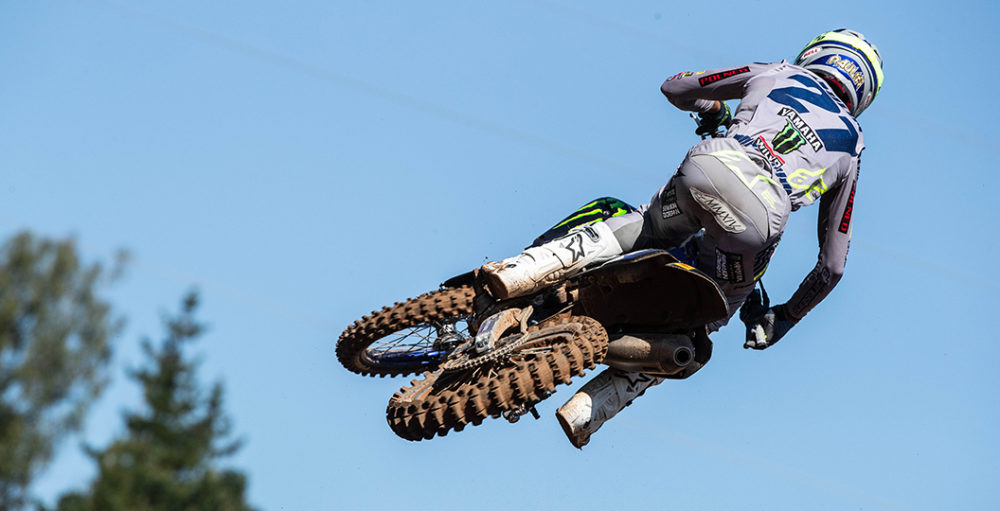 It flew under the radar somewhat, but Gautier Paulin actually sustained a broken finger at the Grand Prix of Latvia on Sunday. Paulin did not miss a beat though and returned to racing at the Grand Prix of Riga today. Surprisingly, he did not even chuck handguards on his YZ450F. How much did the injury hinder Paulin at round four of the 2020 FIM Motocross World Championship? The following update was released via Monster Energy Yamaha Factory MXGP.

“I broke my right finger last week, so it’s quite swollen and painful especially when I land off a jump or in the hard braking bumps. It’s not easy, but I have good lap times. My feeling overall is good, I am happy with the bike, I just have some pain here and there from all of the crashes I have had. I will definitely feel it tomorrow. I like the bike the way it is, I have everything I need to play my cards and be racing with the guys upfront because I have the speed. You can see that on the lap times, I just need to avoid racing issues to have a positive result.”

Gautier Paulin actually showed some great speed today, despite dealing with the finger injury. Misfortune hounded the former Grand Prix winner though and he was fighting from outside of the top ten both times. Paulin now sits eighth in the championship and does need a contract for 2021.