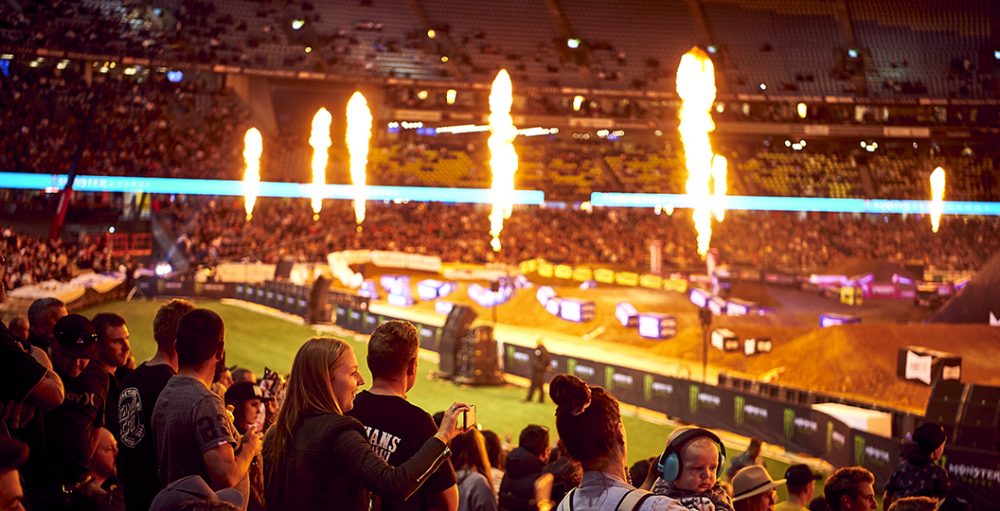 There is not much happening on track in Australia at the moment – COVID-19 continues to be a stumbling block for promoters around the globe. Despite the lack of racing, those in charge of the Australian Supercross Championship have revealed some positive news. FOX Racing has become a title sponsor of the indoor series.

Having first laid their stake in motocross competition in the winter of 1974, the Southern Californian company is now recognised as synonymous with the sport, having fielded some of the brightest stars over the ensuing five decades. Names like Ricky Carmichael, James Stewart, Jeremy McGrath, Chad Reed and Ryan Dungey have all worn the iconic FOX Head illustration during their illustrious careers, going on to become some of the sports elite.

Domestically, FOX have held a strong partnership for the best part of three decades with Australia’s most successful racing outfit, CDR Yamaha, and that is a relationship that has yielded a large collection of number one plates for the Craig Dack run operation.

Given the growth, awareness and credibility of Australian Supercross on the global scale, FOX’s Global Director of Marketing, Mikey Rangel, sees the partnership as another story in their decorated history, both in Australia and abroad.

“The team at FOX is beyond excited and grateful for the opportunity to partner with the Australian Supercross Championship,” Rangel said.

“The work Adam and the crew have done to drive a premier race experience through this series is admirable. We’re eager to kick off further collaborative efforts to celebrate supercross in Australia with our activations on-site, presence in the domestic marketplace, and through FOX’s global platforms.”

The addition of FOX is a huge positive for Australian SX according to AUS SX holding’s Adam Bailey, as alignment with a historic brand of such calibre further propels the series forward. Furthermore, it’s been some time since the championship has seen a naming rights partner, which speaks volumes of the quality of competition Australia is currently producing.

“To say that we’re excited to be partnering with a global and iconic brand like FOX is a massive understatement. FOX is synonymous with dirt biking, globally. Their ability to build and market a brand is second to none and their designs and products they have built over the years are etched into some of the most memorable moments in motocross and supercross. We can’t wait to see what we can do together, with supercross in Australia.”

Following a tumultuous two years which has been plagued by the COVID-19 pandemic, sports fans across the world have demonstrated their thirst for the return of actions sports, as many events worldwide have received record numbers upon the impeding return to normalcy. Australian Supercross fans have been no different, voicing their desire for the titans of supercross to return to stadiums nationwide.

“The team at FOX is beyond excited and grateful for the opportunity to partner with the Australian Supercross Championship.”

Bailey comments that going without supercross in ’20 has only made the public demand higher, which has had an influence on the five regions that are set to feature as soon as national competition can safely resume.

The 2021 FOX Australian Supercross Championship was scheduled to kick off in Queensland on October 16 and conclude in Victoria in late November, with events also confirmed in SA, WA and NSW. The current COVID-19 outbreak however has put this on hold until further notice.

“It’s obviously been a tough period for everyone and for supercross fans it’s been no different. We felt like as a championship we were hitting our straps in 2019, culminating with 35,000 fans inside Marvel Stadium, so it was a huge shame to miss out on backing that up in 2020.

“The beauty of this break though is that we’ve been able to put two years of work into relaunching the FOX Australian Supercross Championship. We have a number of contingency plans in place and a live schedule, that we will announce once we have certainty around the latest COVID-19 outbreak to see this all-new championship come to life,” finished Bailey.

Motorcycling Australia CEO, Peter Doyle, echoes Bailey’s excitement for the return of supercross competition, and is thrilled to see the roll out the revamped FOX Australian Supercross Championship in 2021.

“With no supercross in 2020 due to COVID-19 pandemic, everyone is excited to see the championship return for 2021 and beyond,” Doyle said.

“To see FOX getting behind the Australian Supercross Championship this year speaks volumes of the prestige the series carries, which had been improving year on year prior to 2020.”

A schedule for the 2021 FOX Australian Supercross Championship is expected to be released in the coming weeks. 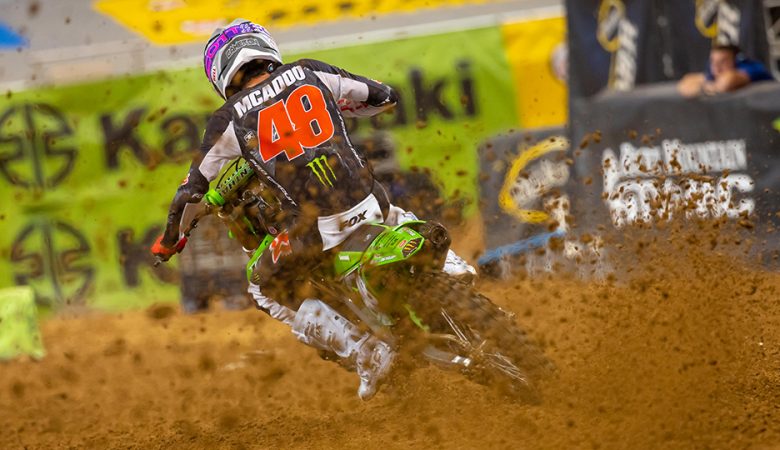 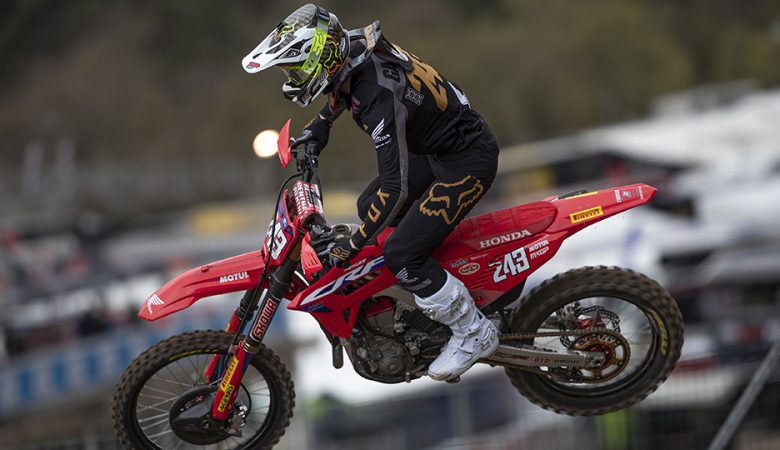 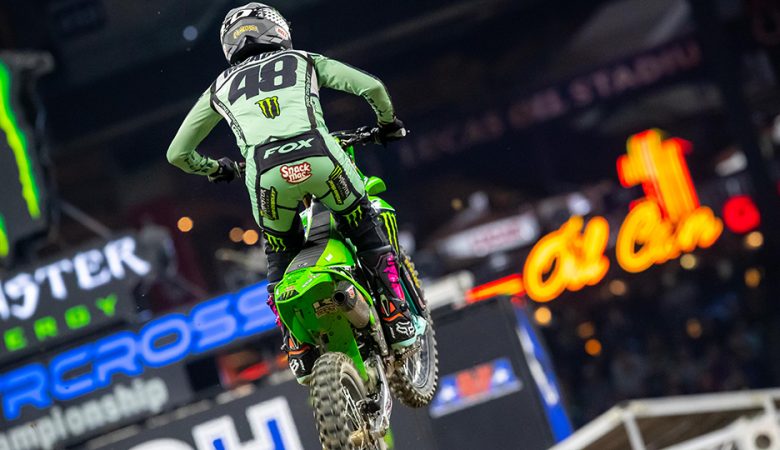 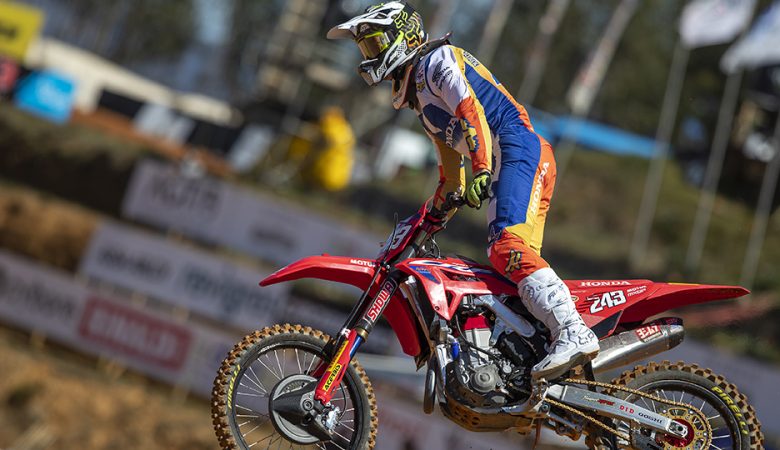