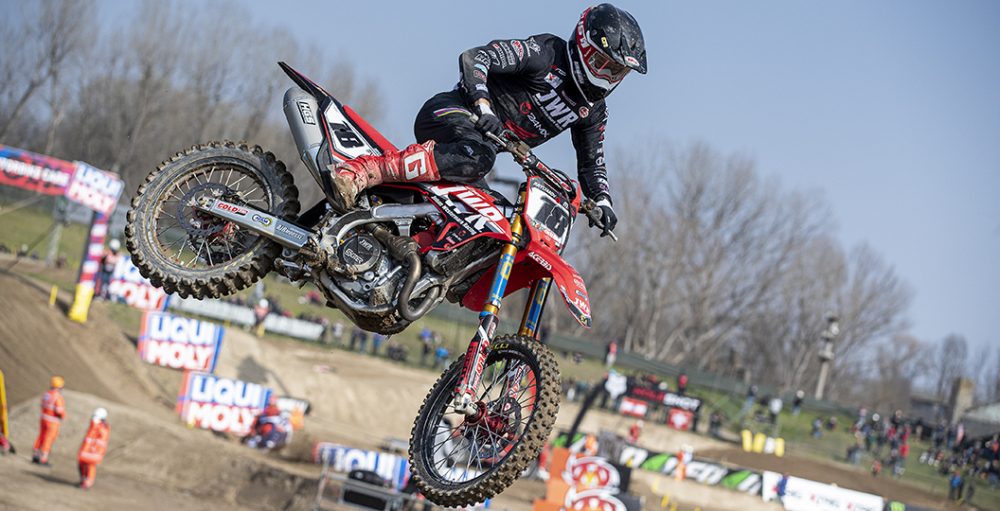 The FIM has confirmed that no Russian riders, teams or officials will be able to compete in events from this point on. The official announcement from the FIM, which is available below, has a direct impact on Vsevolod Brylyakov in the FIM Motocross World Championship, who actually took part in qualifying on Saturday, March 05, before being informed that he could no longer compete. JWR Honda Racing are now without any riders, seeing as Davy Pootjes and Miro Sihvonen are currently injured.

Will this impact Evgeny Bobryshev at the opening round of the ACU British Championship next weekend? The bottom of the press release states that the FIM recommends that these measures are enforced at a national level. It seems that they do not have the jurisdiction to make the call at a national level, but the pressure is on the ACU in this case to make the move. Brylyakov has not yet commented on the FIM’s decision. This is a story that is rapidly developing, so there is more to come.

The FIM Board of Directors held an extraordinary meeting on 05 March 2022 in relation to the situation in Ukraine.

After having carefully considered the International Olympic Committee recommendations and the specificity of our sport, the Board of Directors has unanimously condemned the Russian invasion of Ukraine. Henceforth the following provisional urgent and protective decisions have been taken which are effective immediately and stay in force until further notice:

The FIM President, Jorge Viegas added: “We stand in sympathy and solidarity with all those suffering, as a result of the Russian invasion in Ukraine, and remain in close contact with our affiliate member in Ukraine (FMU). I would like to thank the FIM Board of Directors members in deciding these measures in the interests of sport and peace. The FIM, together with its promoters and organisers, already acted on this matter and cancelled the FIM competitions scheduled in Russia, Belarus and Ukraine. The decisions announced today are in line with the recommendations and statements made by the International Olympic Committee, adapted to suit our sport. The FIM family is watching the developments in Ukraine with great sadness and hope for a prompt and peaceful resolution.”