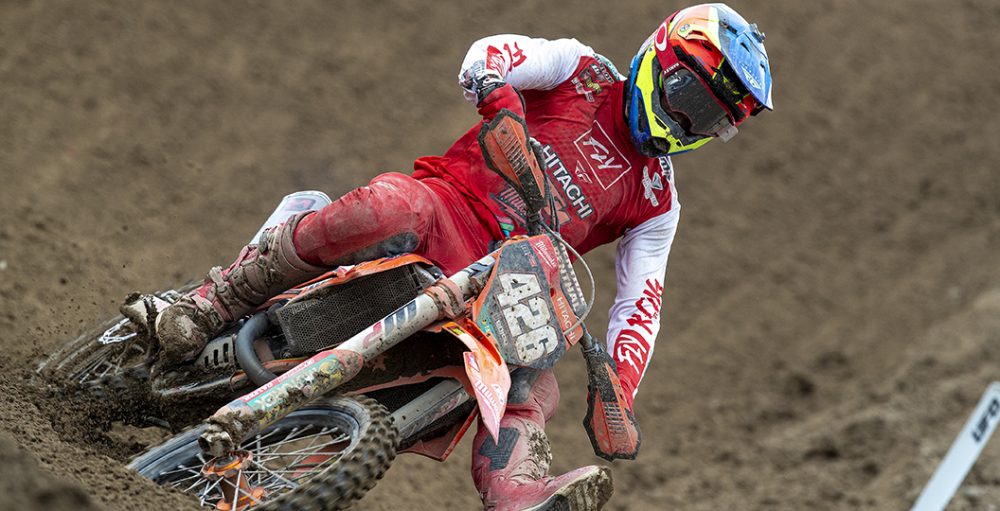 In a shock turn of events, Conrad Mewse has announced that he has left the Hitachi KTM fuelled by Milwaukee squad ahead of the 2022 FIM Motocross World Championship. Mewse was in the middle of a two-year contract with the team – no clear reason has been given for his sudden decision to exit the team. The news was revealed via the following statement on social media.

“It is with regret I have to announce my departure from the Hitachi KTM fuelled by Milwaukee race team. I have proudly enjoyed winning two British MX2 titles for the team along with a podium result for Team Great Britain at the MXoN and many other race wins. I would like to thank KTM, my loyal sponsors, supporters, fans, family and friends for their continued support. Although my plans are not yet in place for the new season, I can assure everyone that I hope to be lining up on the start line and seeing you all in the season ahead.”

Mewse joined the team prior to the 2018 FIM Motocross World Championship, so completed four full seasons with the British effort. Mewse won his first British title with the team that year and followed that up with his second title last year. There was less success at Grand Prix level, but he did secure multiple top-five finishes in the MX2 class and narrowly missed the podium by one point at the Grand Prix of Europe a year ago.

Although Mewse has already exited the team, he has no firm plans in place for the domestic or international term. Hitachi KTM fuelled by Milwaukee, on the other hand, will now only have Isak Gifting in the MX2 class. The squad has not released a statement yet.