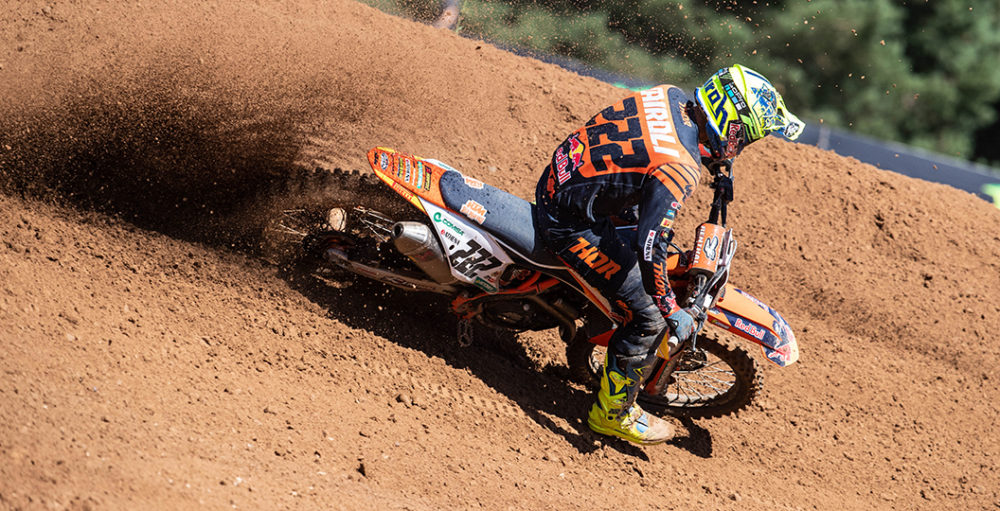 Antonio Cairoli has had a rough go of it in the last year or so, but the enforced COVID-19 break allowed him to edge closer to full fitness and recover from a PCL tear in his right knee. An incident in the first turn at the Grand Prix of Latvia today, however, meant that he twisted his knee again. It remains to be seen whether there is any structural damage or how much this will hold him back on Wednesday. Cairoli released the following statement on his day via Red Bull KTM Factory Racing.

“Today was very tough. To restart everything after five months meant it would be tricky, because we didn’t know the race pace, but I knew I had trained well and could do good. The only problem was my starts and we saw it at this track where it is difficult to come through the pack. I felt really good to come back to seventh in the first moto and was happy. I was determined to do better in the second and was thinking about going for victory to be honest.

“I had a better start but had trouble again on the first corner and was hit by another rider. I twisted my knee again. I was not feeling 100% at the beginning and was taking it easy but made another mistake and was outside the top thirty. After that I tried to re-group and bring it home. This is not the result we wanted but I saw a lot of people had troubles this first race. We won’t panic too much but we want to be further forward. I want to get behind the gate again and prove that I can get there. It is so important lately to be at the front at the start of motos. We need to work a bit more on this direction.”

Cairoli actually rode better in both qualifying and moto one than his results indicate, hence why he said he had his sights set on the win in moto two. Cairoli now runs fourth in the premier-class standings, 17 points down on Glenn Coldenhoff in third. 44 points separate him from Jeffrey Herlings, the current series leader.