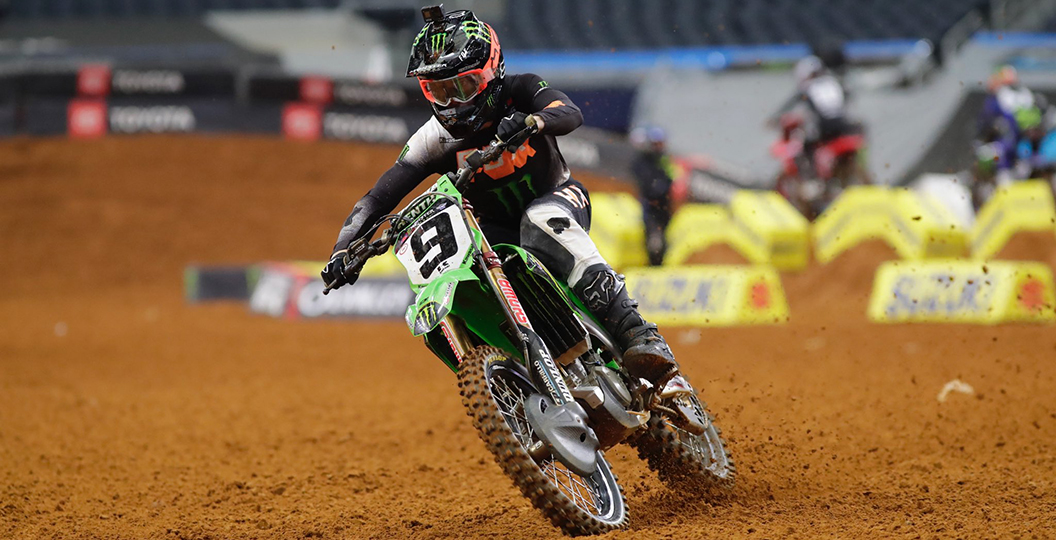 Never one to leave his fans hanging, Adam Cianciarulo has released yet another update that confirms he expects to return to racing in Seattle. That’s actually intriguing information – some had questioned whether or not he would just wait for round one of the 2020 Lucas Oil Pro Motocross series.

“My goal right now is to be back racing by Seattle. With this type of injury, stability wise you can come back really quickly — as I’m sure you’ve seen other riders do in the past. At this point, in my situation, we want to limit the risk and make sure the bone is strong when I do return. Doing what I can right now to improve so we can pick up right where we left off! See you soon.”

Now, one week on from the crash that has sidelined him, Adam Cianciarulo has released a statement on how the surgery on his collarbone went and what he expects moving forward. It doesn’t sound like he’ll be out for too long!

“Had a little procedure to plate my collarbone on Tuesday. Really stoked with how good it’s feeling already. Going to do everything I can to get back to racing ASAP. I’ll keep you guys in the loop.”

Monster Energy Kawasaki’s Adam Cianciarulo suffered a crushing blow in the first qualifying session at round eight of 2020 Monster Energy Supercross, Arlington, as he crashed early on and was forced to exit the track prematurely. Kawasaki have since confirmed that he suffered a broken left collarbone in the crash and will consequently not be racing tonight. The following statement was released.

“Due to a crash in the first timed qualifying session today, @AdamCianciarulo broke his left collarbone and will not be lining up for tonight’s Monster Energy Supercross Triple Crown race.”

Adam Cianciarulo sat fifth in the premier-class standings entering Arlington. Twenty-seven points separated him from the current series leader. There is no timeline on his recovery.