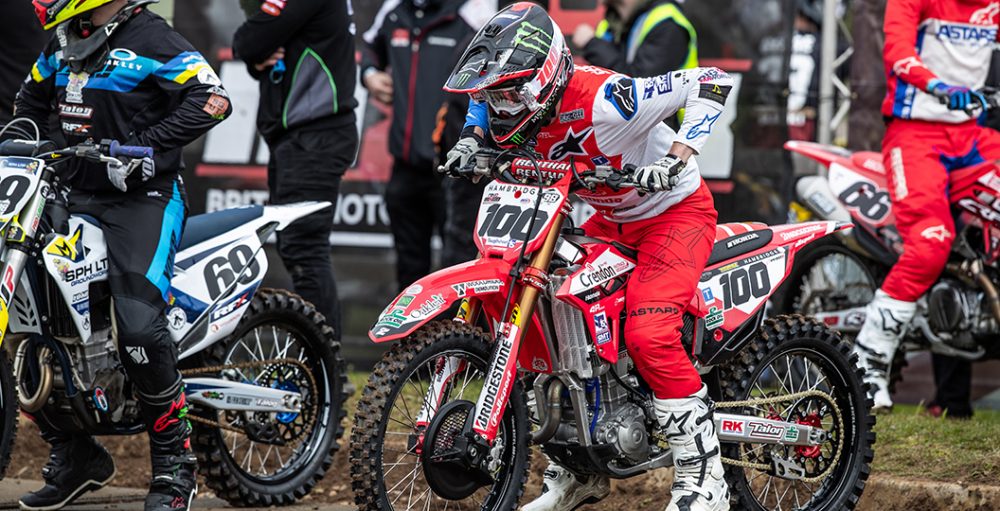 Is this the quickest turnaround for a vlog? Tommy Searle recaps the action from round two of the ACU British Championship better than anyone else in this bumper video. It’s worth it for the conversation with Jeffrey Herlings alone.

Did someone say 24-hour turnaround time! What a day for the second round of the British Championships, it was great to finally be able to have spectators back at the race. Also nice to catch up with so many of you. I had a bit of a rough day. In the first race I rode really tight and almost burnt my clutch out from riding like an idiot. Turned it around in race two but didn’t have anything for Ben or Jeffrey. Championship-wise though it was a good weekend as I took the red plate. Onto the next one. – Tommy Searle