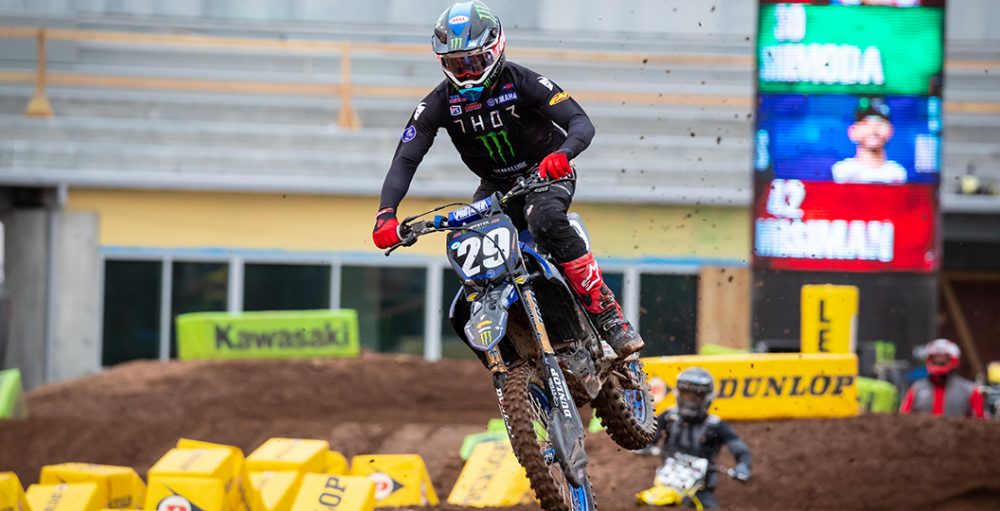 It seemed as though everything was going in Christian Craig’s direction at the penultimate round of 2021 Monster Energy Supercross, then everything changed in the blink of an eye. This vlog, the first of two parts, follows Craig through the positive parts of SLC.

A great weekend took a turn for the worst at Monster Energy Supercross in Salt Lake City. Christian had a great morning going and qualified first going into the night show. Unfortunately, in the last practice, he had a pretty big crash that left him with a broken fibula and bad ankle sprain. He tried all he could to make it work so he wouldn’t see his championship hopes slide away but he was unable to shift the bike.