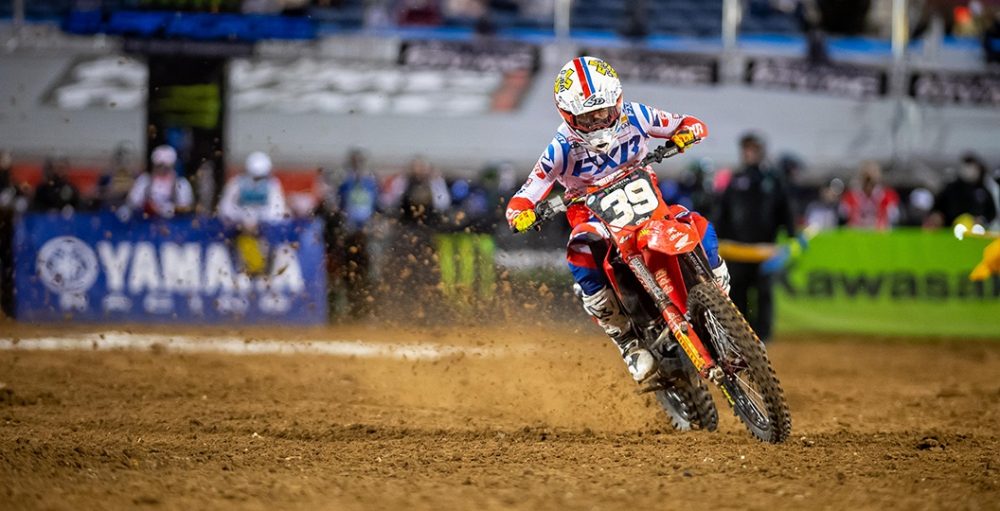 FXR Chaparral Honda’s Carson Mumford made his highly anticipated debut in Monster Energy Supercross last weekend, but it did not quite go to plan. Racing incidents in both his heat race and last-chance qualifier caused him to miss the 250SX West main event. It was a difficult debut – he is not the first rookie to miss the main event in his first attempt though. The same thing happened to Jeremy Martin in 2013! Mumford discusses his weekend and the influx of emotions in the video below.