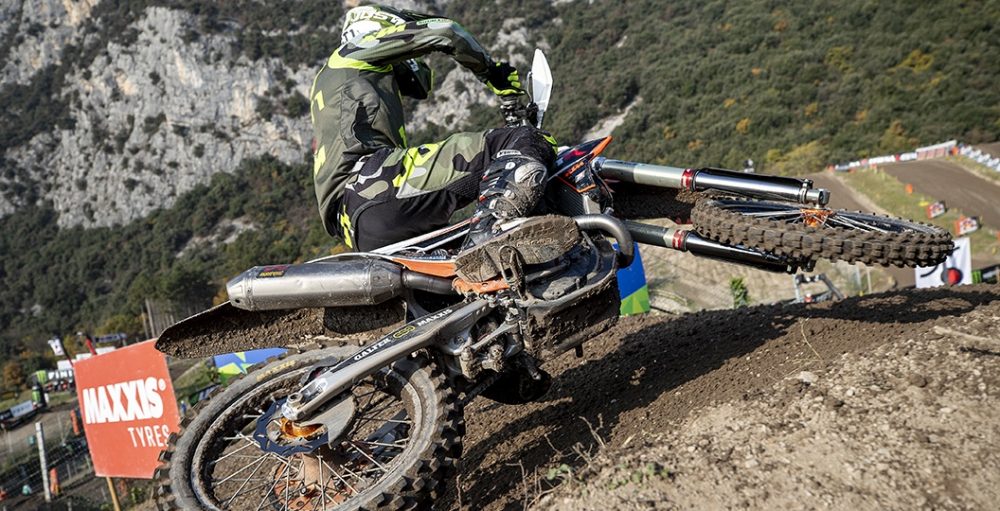 The MXGP of The Netherlands has a new home and it’s another old-school circuit! Oss will host the Grand Prix for the next five years, which effectively confirms that Valkenswaard will not return. Official communication is just below.

PIETRAMURATA (Italy) 5 November 2020 – Infront Moto Racing is excited to announce a brand-new partnership with Top Events Group that will foresee the FIM Motocross World Championship in Oss, Netherlands, for the next five years.

The Dutch venue, located in the south of the country in the province of North Brabant, first opened its doors in 1980 and was called De Witte Ruysheuvel. The track hosted its first Grand Prix in 1985, which saw former 125cc World Champion, Dave Strijbos claim victory that time around. Then in 1989 it was American, Mike Healy, who was victorious and in 1998 it was Alessio Chiodi who won at the circuit.

For many years, the track has been used as a regular stop of the Dutch Masters of Motocross, alongside some World Championship Sidecar races between 1980 and 2000.

The local organiser, Top Events Group, headed by Ebert Dollevoet, is an established reality in the Netherlands as experts of events and catering, already cooperating with important partners such as PSV Eindhoven (including the stadium concerts with Guus Meeuwis) and NAC Breda. Now the organiser will bring the Dutch circuit to the big stage, to host the fastest 250F and 450F riders of the FIM Motocross World Championship starting from the 2021 season.

David Luongo (Infront Moto Racing CEO): “It is fantastic to start a new project in the Netherlands with Top Events Group. We have been in discussion for a long time now and we are happy to engage the MXGP World Championship in a long term collaboration with Oss circuit. The experience of Ebert in professional events is strong and we are sure it will lead this Grand Prix to a big success.”

Ebert Dollevoet (Top Events Owner): “We are very proud to announce the partnership with Infront Moto Racing. Top Events is looking forward to organizing such a big event for the people in our own backyard. This location is a real motocross hotspot and home base for much of the Dutch top riders like Jeffrey Herlings, Roan van de Moosdijk, Glenn Coldenhoff and many others. For me personally, organising this event is extra special because of my own affinity with motocross and my work as manager for some professional riders like Roan van de Moosdijk. With our experience in events, catering and motocross I am convinced that we can organise an awesome weekend the next five years.”

More information on the 2021 FIM Motocross World Championship calendar will be released shortly.