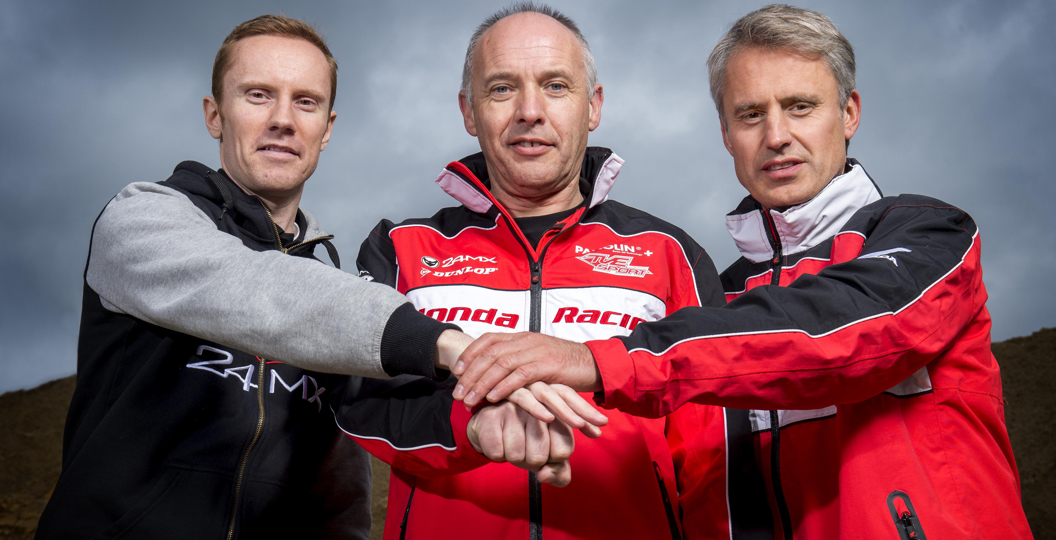 Wednesday, October 21, 2015 — After six seasons with the LS Motorsport outfit owned by Steven Lettani, Honda have confirmed that a new MXGP satellite team will be in place for next year. The new team, spearheaded by Belgian automotive entrepreneur Marc Boone, will continue the successful racing partnership between Honda and online retailer 24MX.

On top of the mighty CRF450R being one of the most popular privateer bikes in its class Honda has always been committed to a strong presence in the premier class of the FIM motocross World Championship. Marc Boone: “It’s a big challenge to go racing at the highest level but we’re very pleased to have secured the backing of Honda and 24MX. In Belgium we have a great tradition of riders and teams who have shone on red bikes. That’s something we want to carry into the future!”

The newly formed Honda team will be run from new a new workshop near Gent, close to the Honda Motor Europe Logistics center. For the day-to-day management of the team and technical supervision Boone attracted the services of the experienced Patriek Heydens. Heydens, highly regarded within the MXGP paddock, has an extensive background in the sport working with factory teams and top riders.

Davy Dousselaere, Honda Motor Europe Off-road manager: “We think that a solid satellite team in MXGP next to the HRC Honda factory team is crucial. To put all pieces of the puzzle in place to form a strong new team has been quite a long process. However we’re very pleased with the outcome and we are confident that Marc (Boone) will represent Honda in the best possible way. I’d also like to thank Steven (Lettani) and his team for their services to Honda. Without factory support and the budget that comes with factory support they achieved amazing results. I wish Steven and his family all the best for the future.”

Steven Lettani will now take time off from the sport to concentrate on his other business activities. Lettani’s LS Honda team collected 3 MX1 GP wins, podiums in MX1, MX2, MX3 and WMX and 5 national titles. More news about the rider line-up and additional sponsors of the new Honda and 24MX backed MXGP squad will be released soon.