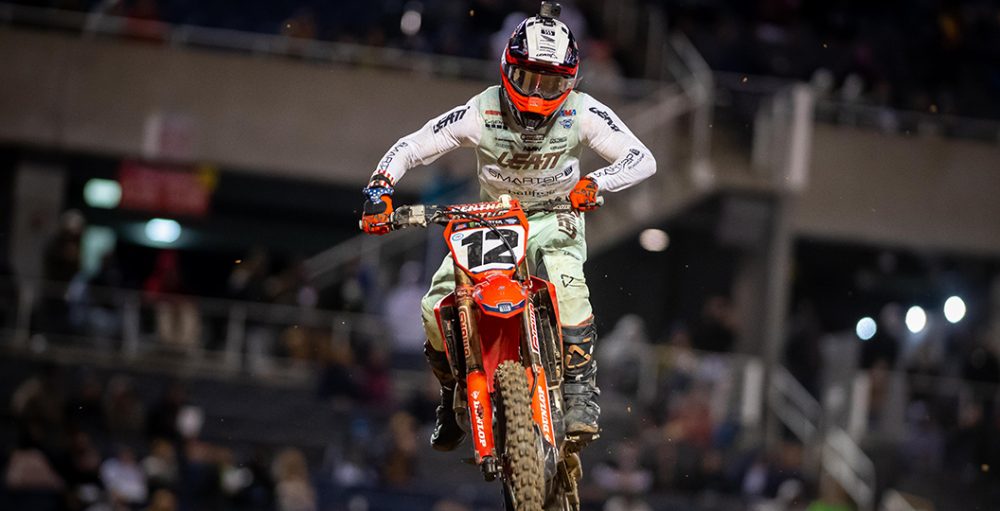 Rocky Mountain ATV/MC KTM WPS has announced their first signing for the 2022 season; Shane McElrath will compete in 450SX and 450MX for the team. Most interestingly, the press release states that the team has “a lot of changes in store” for next year. What could be coming next?

Payson, UT (Aug. 5, 2021)? – The Rocky Mountain ATV/MC KTM WPS team is excited to announce the signing of #Shane McElrath. McElrath will contest the 2022 Monster Energy Supercross and the 2022 Lucas Oil Pro Motocross series in the premier 450 class. At 26 years of age, McElrath was a rookie this past 2021 season in the 450SX class. A rider with much success in the 250 class both indoors and out (six career 250SX wins and two 250MX wins, along with being the runner-up twice in the 250SX West championship), he is ready to show his skills in the premier class full-time.

Forrest Butler (Team Co-Owner): “We are excited to bring Shane onto the team for the 2022 racing season, and we are so for many reasons. We as a team have a lot of changes in store for 2022, and Shane fits the mould for a lot of them. Professional SX and MX racing is changing, the top 10 in the 450 class has become like the top 10 in the NASCAR Cup Class.  The sport is exploding, there are so many good guys, we are all having to adjust and Shane is a rider that not only believes in himself but believes in our team.  We are actually two guys that have watched each other for a long time now from opposite sides, and have always wanted to work together. Shane has and shows a tremendous amount of respect for our team and sponsors, and I personally have watched him do just that with teams he has ridden for in the past. At the same time, he has worn the red plate before and knows what he wants and expects out of himself on the race track. We are excited and ready.”

Shane McElrath: “I’m super excited for the opportunity to join the Rocky Mountain ATV/MC KTM WPS team. I feel like I’m getting the chance to work alongside some great people, people who are focused on the same goals as myself.  My wife and I are very thankful for this team believing in me, and we are looking to start working and building for the 2022 season now. See you all at Anaheim 1.”

Overall, the Rocky Mountain ATV/MC KTM WPS team is excited for this new addition to our team.  We have come a long way over the past 18 years with the team, and we definitely have some unfinished business and goals we still want to reach.  That said, we feel strongly that Shane McElrath is a racer that is ready to help us go get it!