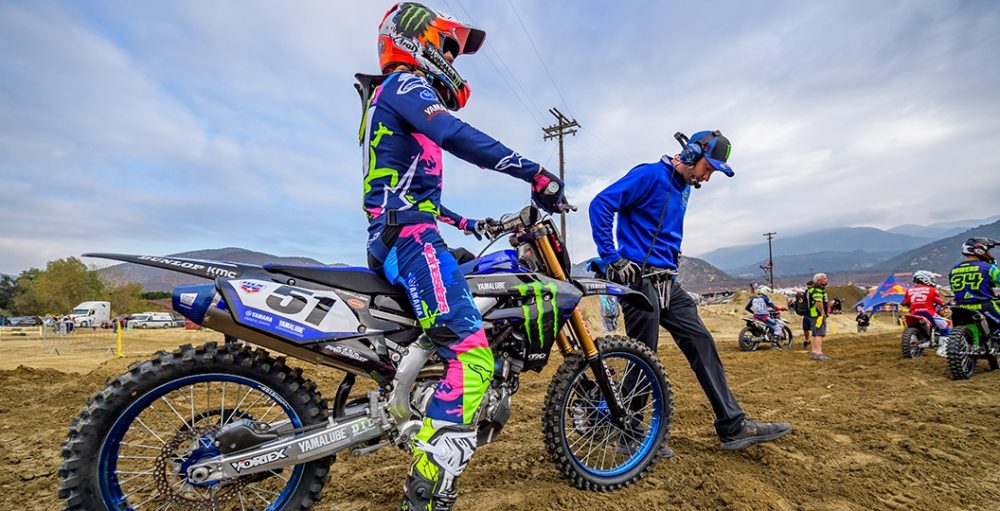 Troy Lee Designs Red Bull GASGAS Factory Racing has secured the services of Justin Barcia, Michael Mosiman and Pierce Brown ahead of 2021. Official communication is below, as well as the first video of Barcia in red.

GASGAS Motorcycles is proud to announce the highly-anticipated Troy Lee Designs/Red Bull/GASGAS Factory Racing team line-up, as they prepare to compete in both the 250cc and 450cc divisions of the AMA Supercross and Pro Motocross Championships for the 2021 season and beyond.

Highlighting the team’s 450 effort is Justin “BAM BAM” Barcia, a seasoned front-runner who is looking to re-establish himself as a title contender in the premier class aboard the GASGAS MC 450F. In the 250 division, we’re excited to welcome longtime Troy Lee Designs athlete and rookie standout Pierce Brown to race aboard the MC 250F alongside teammate Michael Mosiman, who is eager to pick up where he left off last season as a 250 class front-runner.

An icon of our sport, Barcia leads GASGAS Motorcycles as we head into our very first year of American racing. After claiming back-to-back 250SX titles in 2011-2012, Justin will celebrate his ninth season of 450cc racing in 2021. Claiming victory in his second ever 450SX race, he’s since gone on to enjoy multiple victories and podium finishes both indoors and out. With a new team and bike for 2021, Barcia’s busy preparing himself for what he believes can be his best season yet.

Taking to the start line in the 250 division, Pierce Brown and Michael Mosiman are young racers that each recorded strong 250SX results in 2020. Looking to unlock their full potential, they’ll be aiming for the podium when the gate drops for round one.

Joining forces with Troy Lee Designs underlines GASGAS’ full commitment to top-flight American supercross and motocross racing. As we expand globally, competing under the lights in the fiercely competitive supercross series gives us an incredible opportunity to show our fun, enthusiastic and energetic approach to racing, as we introduce our performance motorcycles to an exciting new audience of dirt bike fans.

Roger De Coster (Director of Motorsports in North America): “Appointing Troy Lee Designs as the official GASGAS Factory Racing team for supercross and motocross not only further strengthens our longstanding partnership with Troy and his team, it also starts an important new chapter for TLD in the 450 class and for GASGAS in America, which is a hugely important step for GASGAS Motorcycles. As an energetic, new brand we are excited to establish the MC 450F and MC 250F when we get back to racing and the start of the 2021 supercross series. We look forward to providing the technical support and guidance needed to allow Justin, Pierce and Michael to perform at their very best in 2021 and wish everyone at Troy Lee Designs/Red Bull/GASGAS Factory Racing all the best for the new season ahead.“

Troy Lee (President Troy Lee Designs): “This is a dream come true. To be partnering with GASGAS Motorcycles is an incredible opportunity for our team, running a factory 450 race effort is something I have always dreamed about. Troy Lee Designs and GASGAS share a lot of the same values, it’s all about having fun, enjoying it all and turning up with energy and commitment! To be the official GASGAS supercross and motocross team in the States is very special, we are really excited in playing our part in helping to establish the brand. We’re ecstatic to go racing with our world-class athletes, on what has become one of the most hyped new teams in some time.”