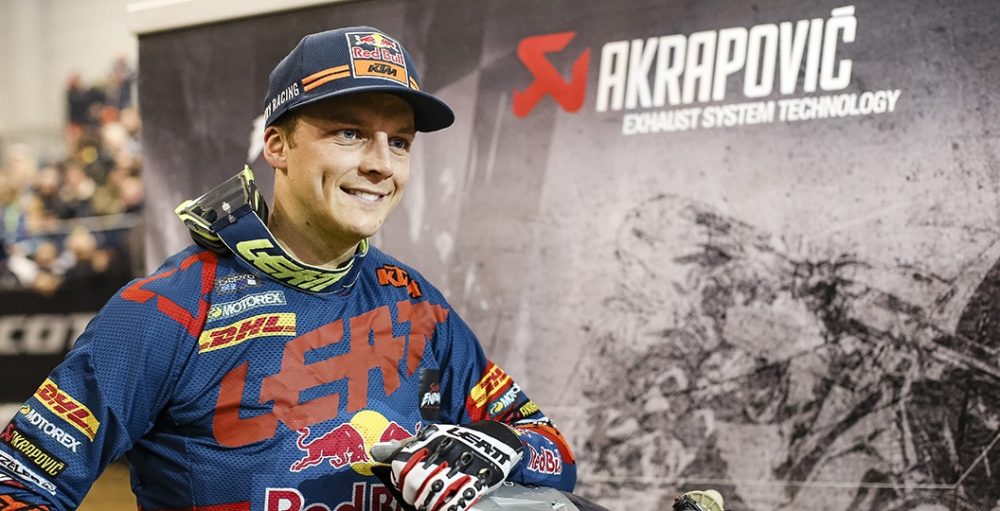 Jonny Walker, of enduro fame, became a hot topic when it was announced that he had split from Red Bull KTM, following an eight-year partnership. It’s now been confirmed that Walker will run his own Beta programme. Official communication is below.

Watch the first video of Walker on a Beta.

Walker is excited for his first appearance on the Beta and along with existing support from worldwide brands Redbull, Leatt, GoPro and POD. Jonny has put together a winning team that will challenge the podium at every event throughout the season.

Jonny Walker: “It is really exciting for me to undertake this new adventure, seeing the success that Beta has had in World Enduro championship over the years made my decision easy. Being able to carry on with my existing loyal sponsors is amazing and a credit to their vision and direction. I am really looking forward to working with new brands and helping them grow.”

Fabrizio Dini (Factory Beta Team Manager): “Beta are extremely happy to support Jonny, he is for sure a very professional and strong world class rider. We are excited to work with him as we know that he is serious and professional about his business and the great results that will surely follow. Beta are also very happy that we are starting work as soon as possible and look forward to a good and successful season working together.”

Dave King (Leatt Marketing and Athlete Manager): Over the last four years Jonny has become a real part of the Leatt family and is a pleasure to work alongside. His race results and personality speak for themselves but product testing and development has also helped take our brand to the next level. When Jonny first told us of his plans to run his own team for the coming year we didn’t think twice about continuing to support him. Leatt is excited to see Jonny get back to his winning ways and are looking forward to working with him for many years to come.”