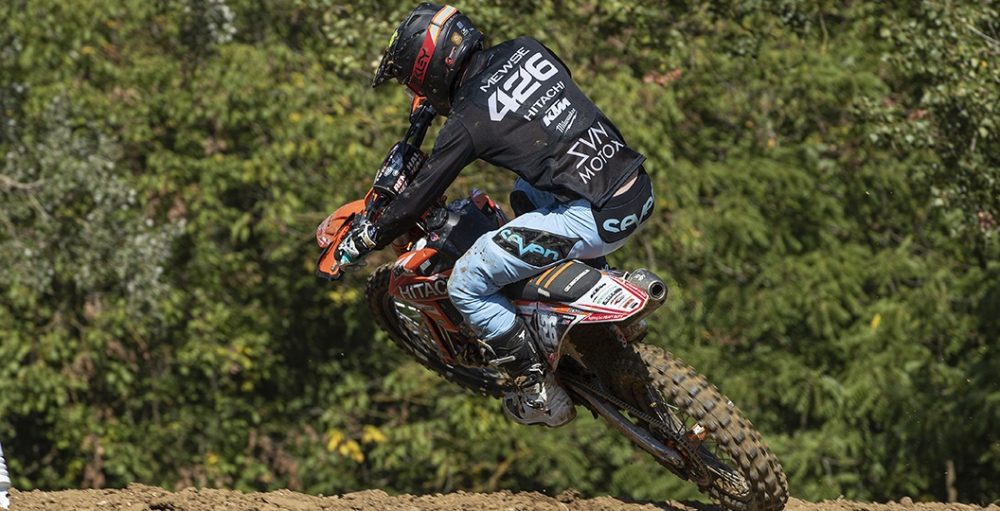 News emerged from the Grand Prix paddock moments ago: Conrad Mewse has re-signed with the Hitachi KTM fuelled by Milwaukee. The new contract covers the next two years, which means that it’ll take him to the end of his MX2 career. Official communication is below.

Hitachi KTM fuelled by Milwaukee is ecstatic to confirm that Conrad Mewse will remain with the outfit for the next two years, after signing a contract extension that will take him to the end of the 2022 season. The two-year contract will take Mewse to the end of his MX2 career in the FIM Motocross World Championship and allow him to build on the momentum gained in recent months.

The former MX2 British champ, currently in his third term on the Hitachi KTM fuelled by Milwaukee squad, signed the new deal on the eve of the Grand Prix of Lombardia, the ninth round of the 2020 FIM Motocross World Championship. Mewse is riding a wave of momentum currently, having strung together multiple top five finishes at recent events. Ninth is the position that he currently occupies in the MX2 class at the highest level, a position that he could improve on in the month of October.

Conrad Mewse: “I am really happy to sign with the Hitachi KTM fuelled by Milwaukee team for another two years. The team has been fantastic since I first joined in 2018 and have gone above and beyond for me the last few years. We have a fantastic set-up, both on and off the bike, going into these next two years. I believe that as a team we can be fighting for podiums and wins very soon! I would just like to thank the boss, Roger Magee, for believing in me and sticking by me in the good and tough times, all of the team sponsors for helping us to go racing every weekend and finally all of the mechanics who work non-stop.”

Bryan Connolly (Team Manager): “Securing Conrad for the next two years is huge for everyone at Hitachi KTM fuelled by Milwaukee. We have made some big steps forward lately, but there is so much more to come. Continuing on for another two seasons means that we will have the time to tap into that potential!”

Roger Magee (Team Owner): “We as a team have been working with Conrad over the past few years, with last year cut short due to injury. I am really pleased that Conrad himself is now starting to show his true potential and look forward to that trend continuing for the rest of this year and onwards into 2021. The team is really appreciative that he has chosen to stay for a two-year contract, which means he will end his MX2 career with us and hopefully then head into MXGP in 2023.

“All of this would not be possible without the invaluable support of KTM, Hitachi and Milwaukee as well as all of our long-term sponsors who have been so loyal over the years. In the coming weeks we will also be announcing additional sponsors to make 2021 a sustainable and prosperous year at the highest level in motocross.”