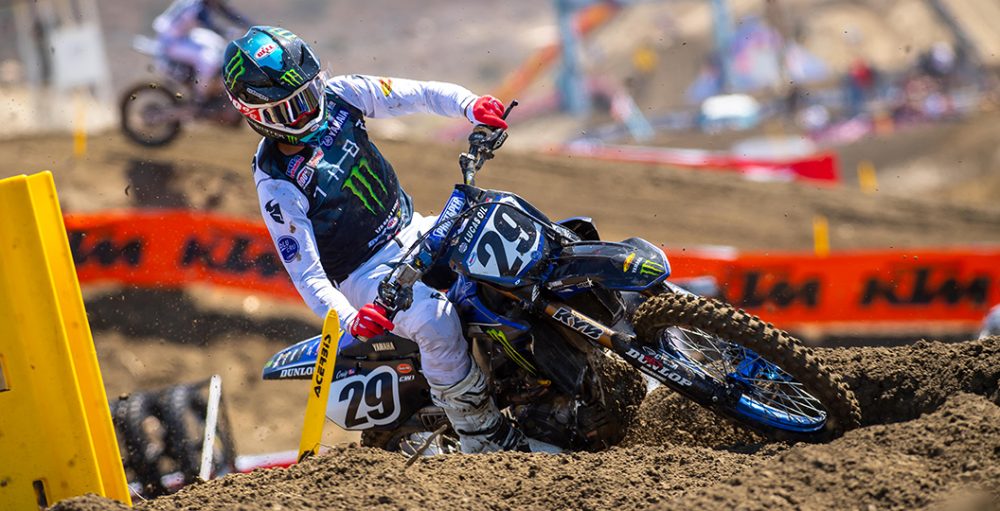 Monster Energy Star Racing Yamaha has confirmed that Christian Craig has re-signed for 2022 Monster Energy Supercross and 2022 Lucas Oil Pro Motocross. The deal, which secures his second year in blue, will work in the same way as it did this year, with Craig riding a YZ250F in supercross before jumping up onto the bigger bike outdoors. The new contract was announced via a very short statement on social media.

“We are excited to have re-signed @ChristianCraig for next year’s 250 Supercross and 450 MX Nationals. How do you think CC will fare on the big YZ450F today?”

It is all but confirmed that Eli Tomac will be moving to Monster Energy Star Racing Yamaha next year and Dylan Ferrandis is still in the midst of a multi-year deal. With Craig occupying the third YZ450F outdoors, one would think that makes room for Malcolm Stewart to pick up another supercross-only contract with the squad.

Craig had an eleventh and a ninth in the two motos at the first round of 2021 Lucas Oil Pro Motocross at Fox Raceway, which left him in twelfth overall in 450MX.