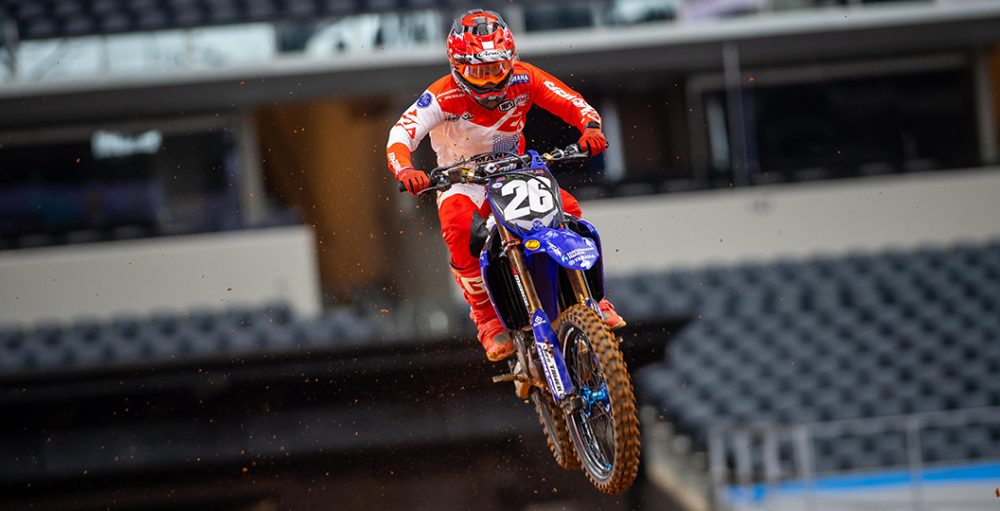 Alex Martin has secured a premier-class deal for 2022 Monster Energy Supercross and Lucas Oil Pro Motocross with the ClubMX Yamaha team, which receives a lot of support from FXR Racing and IAMACOMEBACK. Moving onto the 450F is a significant step forward for Martin and an opportunity that he was chasing for the new term – racing in 250SX and 250MX was simply not on his radar. Official communication from ClubMX is below.

Martin had a horrific time of it this year, of course, as countless injuries halted his progress and left him sat on the sidelines more often than not. Twenty-second was his ranking in 250SX West, for instance, with a season-best ranking of seventh at Daytona. Martin limped to twenty-eighth in Lucas Oil Pro Motocross – he scored points in just six of the motos.

Chesterfield, SC – Alex Martin entered the professional ranks in 2008 and has quite a list of accomplishments. Along the way he has become one of the most popular figures on and off the track with his ‘Troll Train’ persona, appealing to a wide variety of fans. He intends to keep that momentum going as he adds to his resume in the premier class.

Martin has wanted to move up to the 450 class and has taken that opportunity with the ClubMX team for 2022 and beyond. He will make his debut aboard the Yamaha YZ450F on January 8, 2022 at the first round of the Monster Energy Supercross series in Anaheim, CA.

“Most people may not know this but I trained at ClubMX from 2010 to 2014 and built a solid foundation for my future there. The facility has grown so much since then that I could not ignore the opportunity. They have a variety of tracks on the property and have escalated their training program to compete with anyone as they have proven in the last few years. They have also managed to build some of the best bikes in the paddock and now with support from Yamaha it can only get better. When Brandon [Haas] called me, I had to listen to his offer and it made perfect sense for me at this point in my career.”

ClubMX will compete in both the east and west coast supercross series with Martin leading the way in the 450 class. They will also compete in the Lucas Oil Pro Motocross series making this the first year the team will do the entire season [all 17 supercross rounds and all 12 motocross rounds]. This is made possible by the support of FXR Racing, IAMACOMEBACK and Yamaha along with many other great sponsors who see value in the competitiveness of the team.

“Adding Alex to the team is a natural extension for our program. He has trained here in the past and is familiar with how we operate. His easy going attitude and intense work ethic will set the example for the other riders. Alex brings a lot to the table not only with his riding experience but also with his knowledge of fitness and nutrition,” said owner Brandon Haas of ClubMX. “Being able to give him the opportunity to achieve his goal of racing in the 450 class is an added bonus for all of us.”

Look for more information to come out soon as Martin reunites with his old training partner – Phil Nicoletti when the ClubMX Supercross boot camp opens in mid-October.