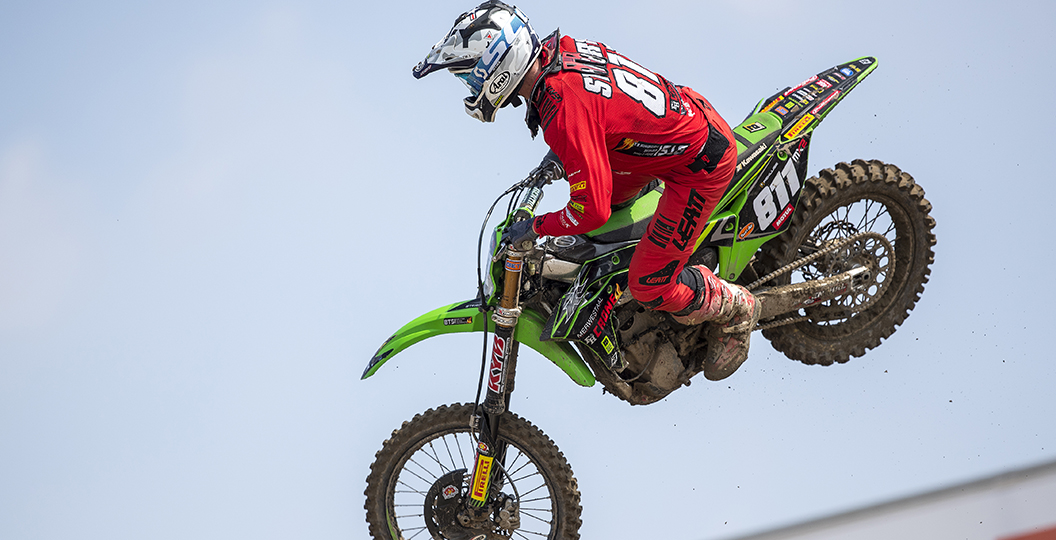 The three riders who will represent Team Great Britain at the Motocross of Nations have finally been confirmed. Nathan Watson (MXGP), Adam Sterry (MX2) and Shaun Simpson (Open) will hit the purpose-built sand track at the Assen TT Circuit next week. Watson – older brother of Ben – will be the replacement for Max Anstie and Sterry will replace Ben Watson. Anstie was ruled out with a pneumothorax after a crash at the Grand Prix of Belgium and Watson sustained a clean break of his radius at the Grand Prix of Italy.

This now means that none of the riders who took Team Great Britain to podium finishes in 2017 and 2018 will be on track at Assen. Simpson last represented his nation in Maggiora, Italy, in 2016. Both Sterry and Nathan Watson are new to the event. Sterry finished sixth in the MX2 class in the 2019 FIM Motocross World Championship. Nathan is currently ninth in the WESS [World Enduro Super Series] and has not competed in a round of the Grand Prix series since 2015 – he was eleventh overall in the premier class at Assen that year.