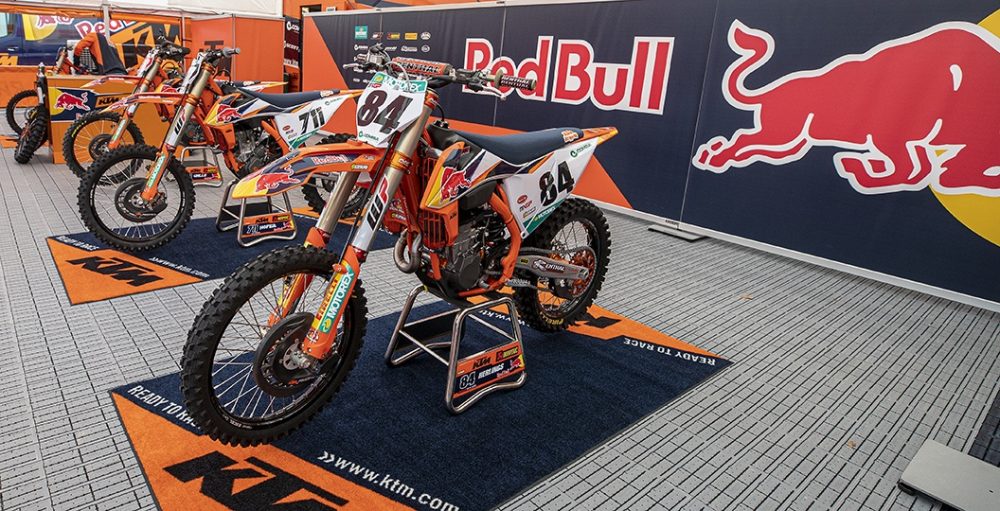 Husqvarna Motorcycles is pleased to announce the signings of Kay de Wolf and Maxime Grau for the 2021 and 2022 seasons. Continuing with the Nestaan MX run Rockstar Energy Husqvarna Factory Racing MX2 team following two positive years together, de Wolf will make the transition from the EMX250 class up into the ultra-competitive MX2 World Championship while Grau will line up for his first season of EMX250 competition. Both talented youngsters will race on FC 250 machinery.

In what will be his third year of racing with Husqvarna Motorcycles, Kay de Wolf will make the sizeable step up to the MX2 class for 2021. Racing to a strong sixth overall in the 2019 EMX125 series on a TC 125, the 16-year-old progressed to the EMX250 class for 2020 where he currently holds third position in the championship standings. Claiming second overall at the latest round of the series, the Dutch racer underlined his talents as he progresses through the classes.

Stepping in to fill the seat vacated by de Wolf, Maxime Grau joins the Nestaan MX run Rockstar Energy Husqvarna Factory Racing MX2 team for 2021 in what will be his debut season of EMX250 competition. Set to compete aboard FC 250 machinery, the 14-year-old French rider aims to establish himself as a top-10 contender as the season progresses. Currently second in the Championnats De France Junior series, Grau will receive the required equipment and support needed to compete at the sharp end of the EMX250 championship in 2021.

Armed with the proven FC 250 for the next two years, both Kay and Maxime will soon embark on winter testing in preparation for 2021 and the exciting new challenges that lie ahead.

Kay De Wolf: “It’s amazing. I’ve had a great two years with the team already and signing for two more, and moving into the MX2 class with them, is a great feeling. I’ve been with them for EMX125 and at the moment EMX250, so staying with the same team as I move up to MX2 means I can fully focus on my racing. It’s just unbelievable and a dream come true for me. Knowing that the team believes in me gives me confidence and I hope to repay them with great results over the next two seasons.”

Maxime Grau: “I am delighted about this new chapter in my young career. I now have a clear plan for the years to come with Husqvarna Motorcycles. This is definitely the best opportunity to make the next step up in the professional motocross world. I will work hard, and I am extremely motivated to achieve great performances. I would like to thank all the people who have made this project possible, particularly TECH32 for their unconditional support during the past years. I can’t wait to move to Belgium and start working with Rasmus and the whole team. I will give my best and we will see what the future holds.”

Rasmus Jorgensen (Rockstar Energy Husqvarna Factory Racing MX2 Team Manager): “We’re super-excited with our new signings, Kay and Maxime. With Kay it’s more of an extension as he’s been with us for two seasons already. We have a huge belief in him, so we have signed him for two more years and look forward to continuing to work together as he moves up into MX2. Obviously, he is really young, he’ll only be 16 next season. Year one in MX2 will be a learning year without any huge expectations. We just want to see him have a strong year, improve and for him to experience what it takes to be up front in the MX2 class for the following season. For now, with Kay, we focus on the EMX250 series, but we are already looking forward to 2021. Maxime Grau is a young and talented rider that we welcome to the team. It will be his first-year racing on a four-stroke, so again, it will be a learning year for him. He is only 14 years old, but we believe in him and know that he will be competitive next year as he develops as a rider. As a team we look ahead to a solid winter of training and look forward to a great 2021 season.”