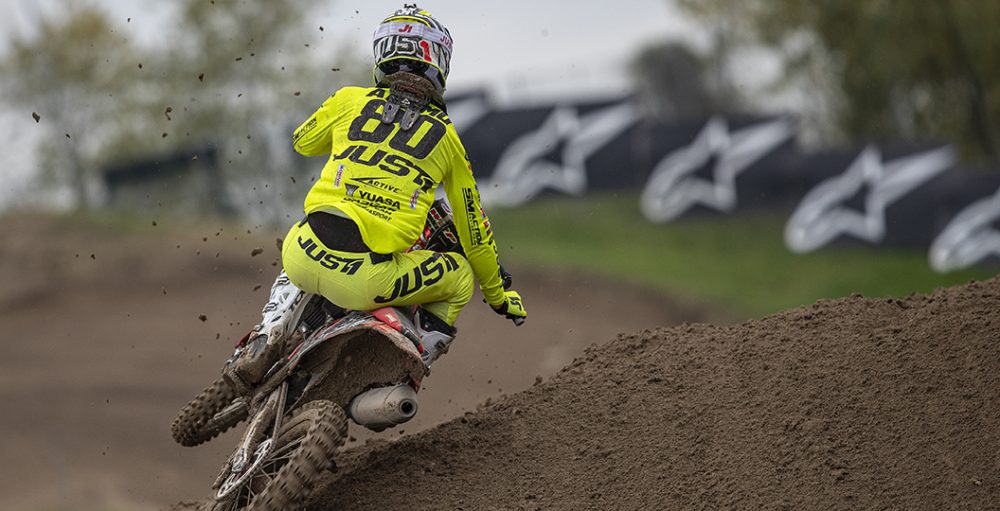 More rider news confirmed ahead of the 2022 FIM Motocross World Championship, which is actually expected to kick off in just three months. SM Action GASGAS Racing Team Yuasa Battery has announced that they’ll retain Alberto Forato and Andrea Adamo for the new term, with the guys set to return to MXGP and MX2 respectively. The news was confirmed via a rather snappy post on social media.

Forato was eighteenth in the premier-class standings in his first year aboard the bigger bike, a season that was hampered by a knee injury to begin with. It was an extremely inconsistent season that featured high points (he scored points in nine consecutive motos in August and July) and lows (he amassed just three points across eight motos in October). The Grand Prix of Afyon was undoubtedly a highlight for him, as a 6-7 scorecard put him sixth in the overall classification.

Adamo is the brightest star on SM Action GASGAS Racing Team Yuasa Battery. Securing points in all but three motos in his rookie term, he was eventually ranked in fourteenth. Adamo’s been tipped as a star of the future by many in the paddock and it is thought that the Austrian manufacturer was keen to keep him within the family, one way or another. The Grand Prix of Citta di Mantova, the finale, was actually his best showing, as 9-10 scores left him in ninth overall.

“Just as soon as the 2021 season is over, it is already time to look to the next one and with great pride we are happy to reconfirm Alberto Forato for the MXGP class and Andrea Adamo for the MX2 class in 2022. After the good year that just passed, both riders are ready to improve further and grow together with us.”

It remains to be seen whether or not SM Action GASGAS Racing Team Yuasa Battery will field an EMX250 rider in 2022. Kevin Horgmo filled that berth this year and was presented with an offer to jump into MX2 with the team, but it now sounds as though he is going to move to a different manufacturer. Horgmo’s new contract should be unveiled in the next week or so.