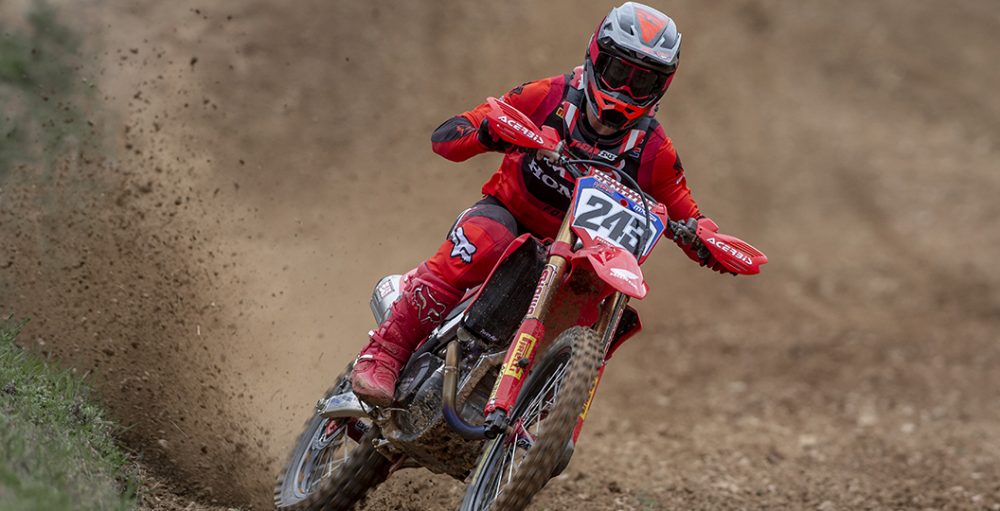 Infront Moto Racing are in the process of announcing new deals with a lot of their partners, including Vertex Pistons. The official word on the Vertex deal can be found below.

MONACO (Principality of Monaco), 12 May 2021 – Infront Moto Racing is pleased to announce that the partnership with Vertex Pistons will continue for the 2021 and 2022 FIM Motocross World Championship seasons.

Vertex Pistons are the multi-titled pistons that for decades have accompanied the champions of off-road specialties to victory, thanks to the solid know-how that the Italian manufacturer has begun to develop since 1953, the year of its birth. An innovative technology that has produced a line of high-performance racing products developed specifically for motocross, enduro, rally and Moto3, thanks to which the Vertex Pistons brand has become the reference in the sector.

Vertex Pistons won several awards in the recent 2020 racing season, over 20 world titles starting with the MXGP one achieved by Tim Gajser on the Honda HRC underlined by the 2nd place of Jeremy Seewer, who also relied on Vertex performance as well as Romain Febvre and Gautier Paulin who classified respectively in fourth and fifth place.

In MX2 Vertex Pistons was instead a protagonist with Jago Geerts and Maxime Renaux, who finished the MX2 season second and third overall, also obtaining the constructors title with Yamaha, while in the FIM Women’s World Championship it was Dutch Nancy Van De Ven who put Vertex on the podium, finishing the season equal on points with the champion.

The results obtained by Vertex Pistons in enduro are also exceptional, where the riders equipped with pistons made in Reggio Emilia have won 18 world titles. The entire podium in the Enduro GP, Enduro1, Enduro2, Enduro Junior and Enduro Junior1 classes, the victory in Enduro3 and the first two places in Enduro Junior2.