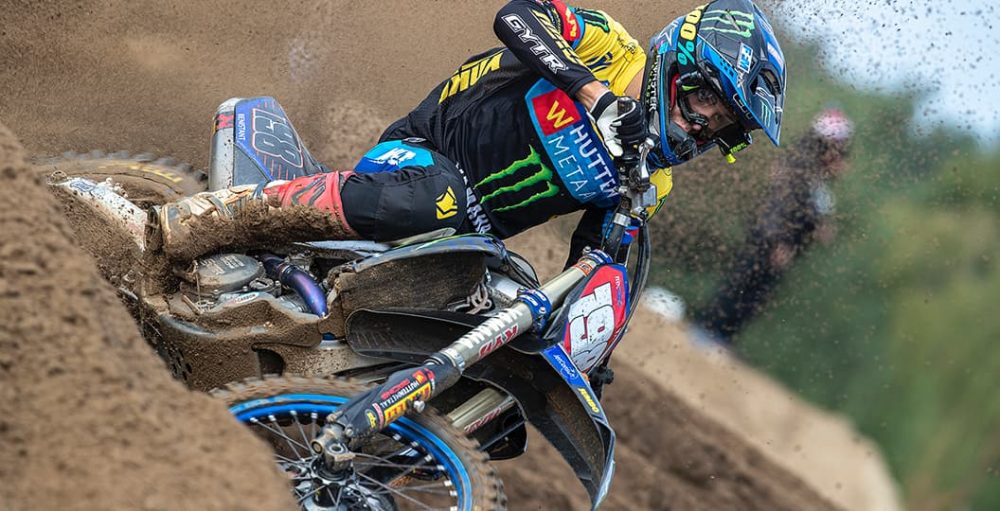 Monster Energy Yamaha Factory MX2 will have Jago Geerts, Maxime Renaux and Thibault Benistant beneath their awning in 2021. Benistant’s contract was made official moments ago.

Yamaha Motor Europe is pleased to announce that Thibault Benistant will join the Monster Energy Yamaha Factory MX2 team for the 2021 season. The recently crowned EMX250 Champion will race a YZ250FM in the FIM Motocross World Championship alongside Jago Geerts and Maxime Renaux.

Working his way up the Yamaha Racing pyramid, Benistant has paved his way to the MX2 World Championship with titles in both EMX125 and EMX250. He won the EMX125 Championship in 2018 aboard a GYTR kitted YZ125 and was a contender for the EMX250 title the following year at his first attempt. During his rookie season, Benistant celebrated a podium finish at his home round in France and took his YZ250F to fifth overall.

Remaining on a GYTR kitted YZ250F in 2020, the 18-year-old from Avignon was drafted into the Hutten Metaal Yamaha Official EMX250 team and moved to Holland in order to train close to the team’s base. Realising his obvious potential and proving that hard work pays dividends, Benistant celebrated eight EMX250 race wins, six round wins and seven podium finishes on his way to securing the 2020 EMX250 title.

As the freshly crowned European EMX250 Champion, Benistant will make his MX2 debut with the support of the Hutten Metaal Yamaha Official EMX250 team in Lommel, Belgium on Sunday.

Alexandre Kowalski (Yamaha Motor Europe Off-Road Racing Manager): “Yamaha is really happy to have Thibault join the Monster Energy Yamaha Factory MX2 team. Thibault is a pure product of Yamaha’s program and has a lot of potential. He has been with Yamaha for many years, since 2010. He entered the EMX125 class with Yamaha and our official team, MJC Yamaha Official EMX125, where they nurtured him and helped him develop the foundation of a true champion. We have to thank MJC for that, and then he moved into the Hutten Metaal Yamaha Official EMX250 team where they also did an incredible job in improving his strength and race craft on a GYTR kitted YZ250F. Yesterday Thibault took another step up the Yamaha Racing pyramid and was crowned European Champion in the EMX250 class, and now he has been signed to the factory team. For us, Thibault is a perfect example of how a rider can develop and progress within the Yamaha family. We look forward to celebrating even more championships with him.”

Hans Corvers (Monster Energy Yamaha Factory MX2 Team Owner): “I am really happy to sign an 18-year-old talent like Thibault. He is still really young and is an exciting rider. We have had some good experience with French kids in the past, so it’s nice to another one along with Maxime [Renaux]. We have been following Thibault for many years, even before he was EMX125 champion, and now he is EMX250 champion, it is our goal to try to make him an MX2 Champion.”