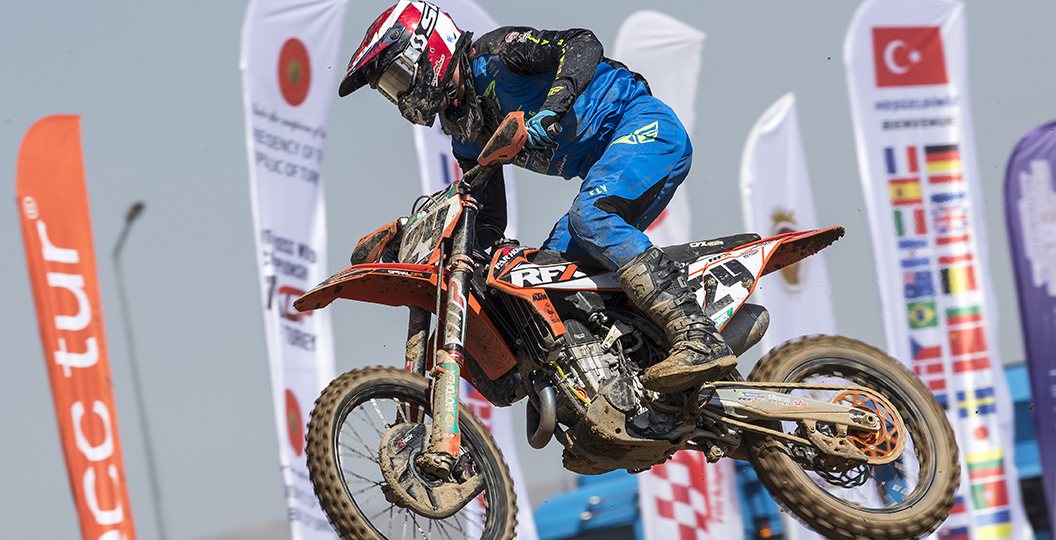 Shaun Simpson is hoping to be one of the few British riders in the 2020 FIM Motocross World Championship and is actively planning to establish his own Grand Prix and British Championship race team fielding KTM and WP Suspension equipment. The 31 year old will leave the confines of RFX KTM – a squad he helped establish for 2019 – and race under his own ‘SS24’ banner next year.

The veteran has struggled with the set-up of his race machine as well as basic technical issues in the last rounds of the current campaign and after recovering from a broken hand that forced to Scot to miss five Grands Prix in the mid-part of the season. Exasperated, Simpson has decided to tailor a racing operation around his needs and return to the modus operandi that served him brightly in 2014 and 2015 for GP success.

“I have almost fifteen years experience in the world championship and still totally believe I have the speed and the knowledge to run as high as possible in MXGP; definitely to get in amongst the factory boys,” he said. “Now is the time to do things the right way that will allow me to do my best on the track. For what feels like many reasons it simply hasn’t happened for me in the last month in MXGP but we have already taken some steps to reorganise and make sure we’re in the right direction for the Motocross of Nations and the last British Championship round.”

“Thanks to the people involved at RFX KTM, but I know I can keep progressing in my career if we make this move,” he added. “It will be far from easy but I can count on great support from KTM and it’s a brand that is a natural fit for me with the most competitive equipment. It’s exciting. We’ll start small but we want a high level of presentation because we know what sponsors and fans will expect. We’ll try to do things a bit differently as well with some ideas at races and through social media.”

“The goal will be a strong world championship campaign, the British title and a few surprise race appearances and then who knows where the team will grow for ’21,” he added.

While the second half of 2019 has been sparse for top ten results, Simpson has shown proven pace: toasting 8 wins from 14 races in the British series (although he could miss out on the championship due to a double DNF because of technical problems at former Northern Ireland GP site Desertmartin) as well as top three classifications in national Dutch and Belgian meetings against Grand Prix rivals. He has not achieved the starts nor the consistency to hit the mark in MXGP, much to his frustration.

“It’s been one of the hardest periods of my career. It has been a bumpy ride the last three years with injuries and team and brand changes,” he reflected. “It’s time to reset to some ways that I know will deliver the results and put a smile on my face again.”

With Max Anstie yet to confirm an MXGP saddle for 2020, Tommy Searle allegedly considering a British Championship berth and Adam Sterry as yet unfixed for his first year on a 450, Simpson is one of potentially dwindling UK stock as Matterley Basin, site of the British Grand Prix and one of the most popular tracks in Europe, remains absent from the ’20 schedule.

Simpson, who is the last privateer winner of a premier class Grand Prix when he triumphed at the 2013 Grand Prix of Benelux with a stock Yamaha, is likely to run as the sole rider in the new team but is beginning to confirm the scale and full ambition of the project.