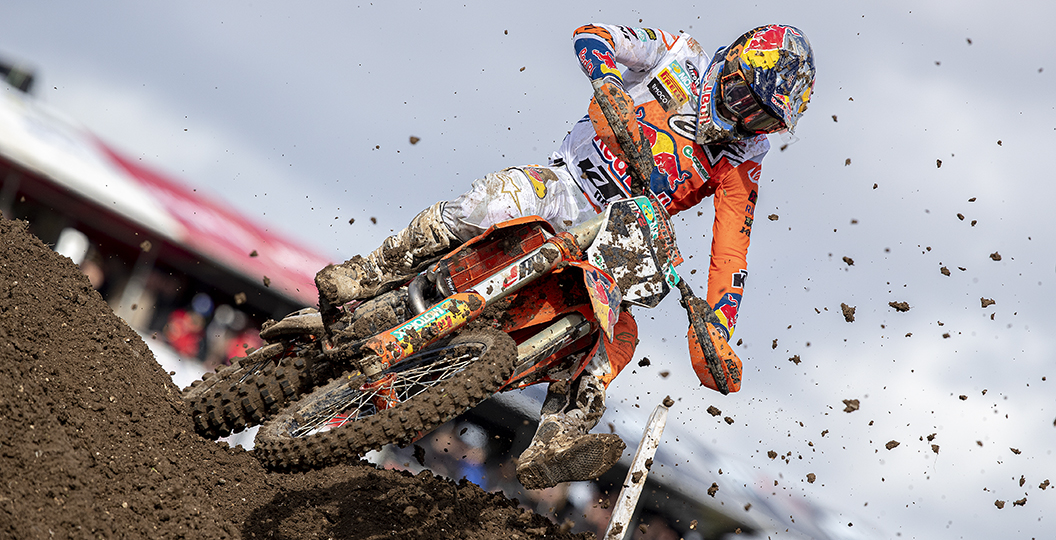 The first significant silly-season news of the year as dropped, as Red Bull KTM Factory Racing has announced that Rene Hofer has signed a new two-year deal. Official communication is below.

Hofer was drafted into the Red Bull KTM Factory Racing team for 2020 after showing promise through the EMX European Championship ranks with the KTM 125 SX and the KTM 250 SX-F in the EMX125 and EMX250 divisions. Rene impressed with his maturity, work ethic and strong mentality and brought those characteristics into the beginning of the 2020 Grand Prix campaign where he captured two top five finishes in four motos before the season was halted.

So far Hofer has shown encouraging signs of continuing KTM’s powerful lineage in the MX2 class. The manufacturer has owned the category 12 times in the last 16 years; including every season since 2008, with the exception of 2015. Eight different racers have earned the #1 plate while riding the Red Bull KTM Factory Racing KTM 250 SX-F. 2019 rookie and teammate Tom Vialle is the current series leader. Hofer is the first Austrian to represent Red Bull KTM in the principal MX2/MXGP Grand Prix competitions since Robert Jonas at the turn of the century.

Rene Hofer: “I’ve been with KTM for about a decade now and every time I step into the company, I feel like I’m in the right place. It’s only my first year with the factory team but it already feels like home and it’s a pleasure to work and spend time with the guys and achieve our goals together. All I can say is that I am super-excited about what the next two years will bring and I will enjoy every minute of it. From my side, I will obviously put in maximum effort and I know everybody in the team will do the same. Working together with an Austrian brand will hopefully have a positive effect on Austrian motorsport as well. I am extremely grateful for the opportunity to live my dream but I can’t forget to give-it-up to all the people who helped me get here, especially my family.”

Robert Jonas (VP Offroad KTM AG): “Rene came into the factory team pretty close under the microscope, but we were thrilled to see how he responded to winter training and preparation and then how he adjusted to the speed of MX2 right away. He made a few good wildcard appearances in 2019 so he was able to see a little bit of what was in store for 2020 and then adapted well to the demands of being a factory rider. His career keeps progressing and we’re excited to continue that journey together. Hopefully the FIM World Championship can begin again soon and both Rene and Tom can continue to learn and develop.”